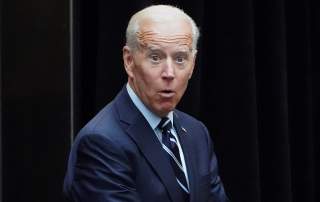 The rapidly expanding national debt has seemingly been a virtual non-issue so far in the 2020 presidential campaign.

None of the 20 Democratic candidates taking part in the debates later in July touch the national debt issue on their campaign websites, a Daily Caller News Foundation review of their sites found.

The candidates aren’t the only ones ignoring the issue, either. None of the moderators for the first two Democratic presidential debates asked any questions about the national debt.

The federal government is expected to run a $1 trillion deficit in 2019, according to projections from the White House Office of Management and Budget (OMB) released Monday.

“Debt would reach 92 percent of GDP by the end of the next decade and 144 percent by 2049. That level of debt would be the highest in the nation’s history by far, and it would be on track to increase even more,” the CBO stated.

Neither political party is in a particularly strong position to campaign on addressing the national debt.

Democratic presidential candidates have sought to outdo one another in promising massive spending increases.

Democratic New York Rep. Alexandria Ocasio-Cortez’s proposed Green New Deal, which has been embraced by some Democratic presidential candidates, could cost up to $93 trillion over a decade, according to one estimate.

Trump repeatedly warned during his 2016 campaign that America’s expanding national debt posed a threat to the country, but the debt has only continued to grow during Trump’s presidency.