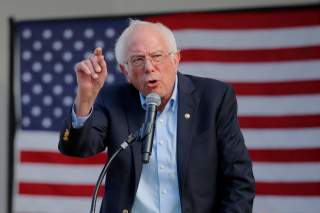 Studies suggest such plans are destined to wreak havoc on the economy.

Four of the top Democrats running for president in 2020 are planning on plowing trillions of dollars into fighting climate change even as reports suggest such lofty plans could hurt them ahead of the election.

Yang’s goal, which he announced in an Aug. 26 post on his website that spanned 11,000 words, would cost $4.9 trillion. Booker, a New Jersey Democrat, unveiled his $3 trillion climate change plan Tuesday, which promises to expand green energy, phase out the use of fossil fuels and create a 100% carbon neutral economy by 2045.

The four men are expected to fine tune their climate message during a Sept. 4 CNN town hall.

Biden wants to eliminate hydraulic fracturing, or fracking, and coal production, institute a carbon tax, place a ban on new fossil fuel permits on public lands, and work for a ban on fossil fuel subsidies. He would also require companies to disclose their climate risks and emissions to induce investors to move their money out of fossil fuel companies, media reports show.

Sanders, for his part, is a co-sponsor of the Green New Deal (GND), a piece of legislation proposed in 2019 that called for “10-year national mobilizations” toward a series of goals aimed at fighting global warming. Democratic Rep. Alexandria Ocasio-Cortez of New York was one of the chief proponents of the GND before Republicans and Democrats voted against the legislation on March 26.

Studies suggest such plans are destined to wreak havoc on the economy.

Eliminating fossil fuels and transitioning to a 100% renewable electric grid could cost as much as $5.2 trillion over two decades, according to a 2010 study by the conservative Heritage Foundation. That’s about $218 billion to move the grid away from coal and natural gas.

Not every Democrat is on board with moving pell-mell away from fossil fuels. Many mainstream Democrats are hesitant, especially those who remember the party’s failed carbon tax experiment in 2010, which ultimately helped thrust them into a political wasteland after the GOP won both houses of Congress that year.

“My district is very worried that Democrats are lurching to the left,” Democratic Rep. Elissa Slotkin of Michigan told Politico, referring to what she believes is Democrats’ willingness to embrace an all-or-nothing position on climate change. “I know AOC’s face will be on every ad against me in 2020.”

“I’m a pragmatist, and I represent a lot of pragmatic people,” said Slotkin. “Why say we need massive social change to reduce emissions? How does that build consensus?” She questions why Democrats like Sanders and Booker believe universal health care and a federal job guarantee should be included in discussions about how to approach climate policies.