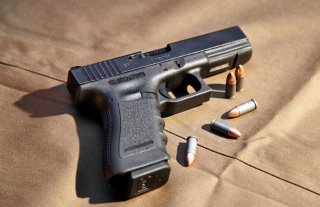 Last year was one for the record books for gun sales, and the problem with having a record year in retail sales is that it makes it that much harder to top it. However, for 2021 that doesn't look like it is going to be a problem. Even with a slight dip in sales in February due to the record-breaking winter cold and storms in the south that even shut down much of Texas for more than a week, gun sales have been so strong that this year will likely top last year.

During the first four months of the year, nearly sixteen million background checks were conducted on firearms purchases, an increase of 31 percent compared to last year.

The story is ringing true around the country, retailers are seeing a steady influx of customers. Another trend from last year has also continued. There are many first time buyers and many are minorities and women, and a lot of the reason people are buying now is that President Joe Biden has made it a mission to institute gun control.

Buy it now or perhaps never seems to be the mindset and Americans simply aren't taking a chance.

Another factor has been the stimulus checks, and with each one the sales for firearms increased. Americans who may have put off some purchases and suddenly had money in their pockets opted to use it.

In addition to buying guns, many are now getting serious about knowing how to use them. The number of gun safety, carrying a concealed weapon, and other training programs have seen record growth too.

More women, minorities and young people are taking the time to get trained, but as with anything it is never too late to learn a new skill or hone what you already know. Training facilities have seen an increase in senior citizens coming in to take classes on proper gun usage and safety.

Josette Severson, who owns a store and training facility in North Dakota, told CBSNews.com, "Now during the day, several times a week at 10 in the morning, we have our Silver Bullet Club, which is for sixty-plus."

And the seniors aren’t just taking the classes—they’re teaching them as well. Clyde Morgan, an eighty-one-year-old Vietnam War veteran, recently came out of retirement and opened Precision Shooting Center in Forest, Mississippi.

“There are no other instructors in Mississippi teaching those courses who have ever been in a gun fight except my instructor and me,” Morgan told WLOX in Biloxi. “The demand for firearms and ammunition is out stripping the availability and people are not buying those guns to go squirrel hunting, they are afraid they’re going to be outlawed; they’re also afraid that if something happens to the police that will have to protect themselves.”

All of those sales have been beautiful music to the retailers and manufacturers, but it has also created a run on ammunition, and the manufacturers are struggling to keep up.

“We haven’t seen these trends before. More millennials, more younger-generation people, more people of color, women are embracing hunter and field to table movements, filling their freezers with fresh meat, embracing safety and self-resiliency,” CEO Chris Metz of Vista Outdoors, one of the nation's largest producers of ammunition, told Fox Business. “We welcomed in more than eight million new users into this sport, which we call shooting sports and hunting.”