250,000 Dead Without Using Nukes: Why Regular North Korean Artillery Is No Joke 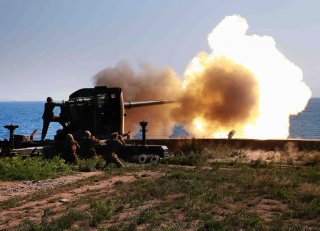 Key Point: North Korea has a lot of artillery pieces and they are all aimed at South Korea's capital. This is just a peek at the damage they could cause if a war broke out.