$4 Million down the Drain: Years Back, Contractors from Boeing Caused Big Damage to Air Force One 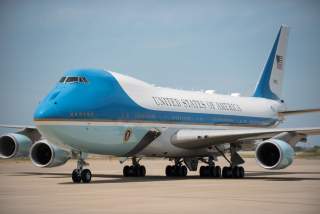 According to the report, three Boeing mechanics contaminated the aircraft’s oxygen system by using tools, parts, and components that did not comply with cleanliness standards while checking oxygen lines for leaks.

Three Boeing contractor mechanicsworking on the oxygen system of an VC-25A aircraft did not follow correct procedures and ended up contaminating the system, an U.S. Air Force (USAF) investigation has concluded.

The aircraft was undergoing regular heavy maintenance at Boeing’s Port San Antonio facility in Texas in Apr. 2016 when the mishap occurred.

The aerospace giant had to repair the $4 million in damages at its own expense.

The VC-25A, one of two specially configured Boeing 747-200B aircraft, is flown by the 89th Airlift Wing at Joint Base Andrews, Maryland, and is used to transport the President of the United States (POTUS).

According to the report, three Boeing mechanics contaminated the aircraft’s oxygen system by using tools, parts, and components that did not comply with cleanliness standards while checking oxygen lines for leaks. The contamination was discovered after an unapproved regulator was found connected to the passenger oxygen system.

Moreover the report identified other contributing factors to the mishap, such as the failure of a Boeing maintenance technician to observe explicit cautions and warnings when working on oxygen systems, Boeing’s failure to exercise adequate oversight of the quality of maintenance being performed on the VC-25, and the failure of mechanics to “absorb and retain” training received on oxygen systems.

The mission of the VC-25 aircraft – Air Force One – is to provide air transport for the POTUS.

The first VC-25A, tail number 28000, flew as “Air Force One” on Sep. 6, 1990, when it transported President George Bush to Kansas, Florida and back to Washington, D.C.. A second VC-25A, tail number 29000 transported Presidents Clinton, Carter and Bush to Israel for the funeral of Prime Minister Yitzhak Rabin. Tail number 29000 also carved its name in history on Sep. 11, 2001, when President George W. Bush was interrupted as he attended an event at Emma E. Booker Elementary School in Sarasota, Florida, after the attack on the World Trade Center South Tower in New York City. The aircrew safely returned the President and staff members back to Washington, D.C. despite increased threats.

On March 23, 2016, tail number 28000 had the honor of transporting President Barrack H. Obama on a historic trip to Cuba. It was the first visit by a sitting U.S. president since President Calvin Coolidge in 1928.

Today, the VC-25A continues the unique mission of presidential travel, upholding the proud tradition and distinction of being known as “Air Force One.”

Nevertheless when the president is aboard either aircraft, or any Air Force aircraft, the radio call sign is “Air Force One.”