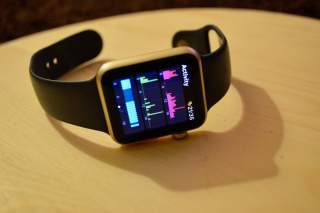 Should you buy a smartwatch?

Ten years ago, the answer would have been an unequivocal no. The smartwatches of yore simply did too little, were too bulky, and possessed too short a battery life to be worth your time. But in 2020, the smartwatch landscape looks radically different-- Apple is on their fifth Apple Watch series, Samsung is constantly adding new models to their Galaxy Watch lineup, and a growing number of traditional watch manufacturers like Fossil and Skagen have successfully branched out into the smartwatch market.

You still don’t need a smartwatch the same way that you would need a smartphone or laptop, but there are now some good reasons to invest in one. Here are a few of the most compelling.

It was a rocky road to get here, but the current incarnations of Apple’s WatchOS, Android’s WearOS, and Samsung’s Tizen software offer seamless access to virtually any notification that would normally appear on your phone, whether it be text messages, emails, or social media alerts. For those of us who own large phones or spend the better part of their day on the move (I happen to fall into both categories), it’s difficult to overstate the convenience of not only being able to read notifications with the flick of a wrist, but having the ability to reply to texts and emails without constantly needing to pull your phone out of your pocket or bag.

The gap between dedicated fitness trackers and flagship consumer smartwatches is now smaller than ever, with the latter boasting extensive and generally well-designed features to monitor distance and steps, as well as heart and pulse rates. The Apple Watch 5 takes these basic health features a step further with built-in electrocardiogram (ECG) capability. Apple's ECG app can detect cardiac problems by monitoring for irregular heart rhythms, and there have already been several testimonials from Apple Watch customers claiming that their wearable potentially saved their life by prompting them to seek medical help for heart conditions that they never knew they had.

Listening to music on your phone isn’t nearly as seamless as it should be, requiring you to whip out and sometimes even unlock your mobile device just to pause/resume, adjust the volume, or skip to the next track. By giving you near-instant access to something that you’d normally have to reach for your phone to do, a smartwatch makes media controls that much faster. But the benefits don’t end here: Samsung’s SmartThings and Apple's Home apps make it easier than ever to control your lights, thermostats, cameras, and televisions all from your wrist, while dedicated navigation apps make for a more seamless walk or commute.

This is not quite as revolutionary for those of us who are already using modern audio solutions like Apple’s AirPods, but many flagship smartwatches can take calls with a built-in microphone; this feature becomes more interesting if you opt for the cellular-enabled variant, allowing you to receive and answer calls and texts even if your phone isn’t nearby.

Smartwatches, like many traditional watches, come with a wide range of easily swappable bands. Unlike their traditional counterparts, however, smartwatches also offer extensive options in watch face customization. From custom background options to hundreds of choices in details and complications, there is little about a smartwatch face that can’t be tailored to your liking. Want a Mickey Mouse watch face? No problem. Or maybe you prefer chronograph-style face packed with fine measuring tools? That’s fine too.