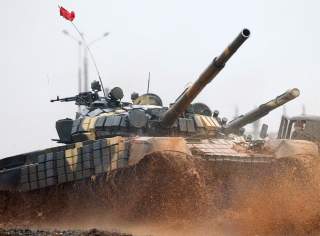 Key point: The T-72 was a good tank and has been continuously upgraded. Today, Moscow intends to keep the T-72 in service in addition to newer tanks.

Michael Peck is a contributor to the National Interest and is a regular writer for many outlets like WarIsBoring. He can be found on Twitter and Facebook. This first appeared in 2017.