413,000 Reasons Dish Network Is In Some Serious Trouble 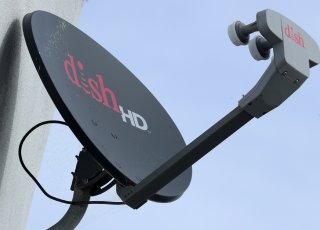 Following the news that Comcast, Verizon, and AT&T have all shed video subscribers in the most recent quarter, Dish Network is the latest company to announce a similar decline.

After the drop, Dish is left with 11.32 million pay-TV subscribers, including 9.01 million for Dish TV and 2.31 million for the Sling TV service.

“We have faced, and could continue to face, fewer subscriber activations and increased subscriber churn rate as a result of the COVID-19 pandemic and the worsening of the global business and economic environment," the company said, per Variety.

"This increasingly competitive environment may require us to increase subscriber acquisition and retention spending or accept lower subscriber activations and higher subscriber churn.  Further, as a result of this increased competitive environment and the maturation of the pay-TV industry, future growth opportunities of our DISH TV business may be limited and our margins may be reduced, which could have a material adverse effect on our business, results of operations, financial condition and cash flow," Dish said in its 10K report.

The report also referenced the ongoing carriage battles which have kept HBO and Cinemax channels from Dish and Sling TV channels since 2018, while also keeping the regional sports networks formerly owned by Fox (and since sold to Sinclair) from Dish customers.

Dish, however, posted $3.22 billion in overall revenue, which was actually an increase from $3.19 billion in the same quarter in 2019, although its net income of $73 million represented a big drop from  $340 million in the first quarter the year before. That net income, the company said, "was impacted by $356 million of impairments related to the narrowband IoT network deployment and the D1 and T1 satellites."

Per Marketwatch, Dish's profit fell short of estimates, but revenue beat them.

The company also said that the ongoing pandemic has "caused severe disruption in certain commercial segments served by DISH, including the hospitality and airline industries.” Dish’s CEO said in February that a merger with DirecTV was “inevitable.”

The losses continued a theme this earnings season, the first to take into account the coronavirus pandemic. AT&T lost over a million video subscribers (from a combination of its multiple services, including DirecTV), Comcast lost nearly 400,000, while Verizon lost 84,000. Comcast and Verizon, however, gained Internet subscribers, as the shutdowns have accelerated a shift to streaming.