In 5 to 10 Million Years Africa Physically Will Bust Apart 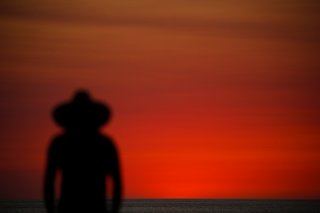 In about five to ten million years, the tectonic plates that form the continent of Africa will rip apart, and the vast rift will gradually become a new ocean, according to new research.

For several decades, the African continent’s tectonic plates have been closely studied, and brand-new satellite measurement data is now assisting scientists to better understand what will become of the landmass.

“This is the only place on Earth where you can study how continental rift becomes an oceanic rift,” Christopher Moore, a doctoral student at the University of Leeds in the UK, told NBC.  Moore has been using satellite radar to monitor volcanic activity in East Africa that is associated with the continent’s breakup.

Our planet’s crust is comprised of a dozen large tectonic plates, which are approximately sixty-mile-thick rocky slabs that constantly strike against, climb over, slide under or stretch apart from one another.

In recent years, next-generation GPS instruments have given this field of research a noticeable boost—enabling scientists to make precise ground-movement measurements over time.

“With GPS measurements, you can measure rates of movement down to a few millimeters per year,” Ken Macdonald, a marine geophysicist and professor emeritus at the University of California, Santa Barbara, told NBC.

“As we get more and more measurements from GPS, we can get a much greater sense of what’s going on.”

Cynthia Ebinger, a geophysicist at Tulane University in New Orleans, said her research suggests that the rifting process in that region isn’t always even and steady—but can often see extreme jerks along the way.

“We’re trying to understand the straw that breaks the camel’s back,” she told NBC.

Ebinger believes pressure from rising magma could be the impetus of these powerful rifting events that will one day reshape the continent.

Each plate boundary in the Afar region—located at the boundaries of the Nubian, Somali and Arabian plates—is known to be spreading at different speeds, but the moving plates’ combined forces are constructing a mid-ocean ridge system, where a new ocean will form millions of years from now.

“The Gulf of Aden and the Red Sea will flood in over the Afar region and into the East African Rift Valley and become a new ocean, and that part of East Africa will become its own separate small continent,” Macdonald said.

The researchers noted that there are clear signs that this plate movement is occurring. As the plates peel apart, material deep inside Earth rises to the surface and forms an oceanic crust at the ridges.