5 Worst Submachine Guns To Ever Fire a Bullet 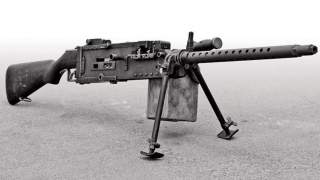 Submachine guns were invented in the early twentieth century, due to the widespread use of trenches on the Western Front of World War I. The submachine gun was typically a fully automatic, short-barreled weapon chambered in pistol caliber for low recoil. The combination of a compact package and high firepower volume made the “SMG” a choice weapon for clearing out narrow trenches. There are few truly bad submachine guns, a byproduct of the category’s relatively late introduction. Instead, the guns on this list are popular and even effective but suffer in one way or another from deep flaws.

The M3A1 “grease gun” was a simple, fully-automatic submachine gun manufactured out of stamped and welded steel rather than the forged steel as most firearms are made. The gun itself should probably have been manufactured in nine-millimeter Luger, as .45 ACP generated great recoil and made the weapon hard to control. The M3A1 featured a steel wire stock that was less than ideal for absorbing fully automatic .45 ACP recoil. The bolt was pulled back via a finger inserted into the action and manually moving it to the rear, a non-standard feature if there ever was one. The gun was saved by closing the dust cover, rendering the bolt unable to move. Although originally designed as a short-use weapon the M3A1 lived on through the 1990s, when it was issued to U.S. Army tankers.

Imperial Japan was spared the horrors of trench warfare and as a result for years was largely disinterested in the submachine gun concept. The Imperial Army only began developing its own gun in the early 1930s, and the result was the Type 100. The Type 100 was a blowback-operated gun that fired Japanese eight-millimeter pistol round and was fed by a thirty-round magazine. At almost three feet long the Type 100 it was not a compact weapon—unless of course it was compared to the standard infantry arm, the Arisaka rifle. The weapon also had a relatively slow rate of fire, just 450 rounds per minute. The Type 100 may have been the only submachine gun ever adopted to be issued with its own bipod.

The Reising was designed just before World War II, and as such was destined for widespread U.S. military service. On paper the Reising was fine: it weighed just 6 pounds, twelve ounces, had an 11-inch barrel and accepted 20 round box magazines. The internal mechanism was quite complex, utilizing a closed bolt firing system. While this was not necessarily problematic at a shooting range, in reality, the weapon’s complexity on the battlefield ensured frequent jams from dirt and dust and the magazines proved weak. As a result, the weapon saw limited combat with the U.S. Marine Corps before being phased out in favor of continued use of the Thompson gun.

A more recent addition to this list is the American 180 M-2. The M-2 was designed in the early 1970s for reasons unknown. The M-2 resembled a 1920s-era Thompson submachine gun with a large, pan-style magazine sitting on top just ahead of the trigger, much like a Soviet Degtyarev light machine gun. Unlike the Degtyarev, however, the M-2 was not chambered for the worthy 7.62x54R round but the .22 long rifle rimfire round. The large magazine held an unheard-of 177 rounds, but the number of bullets, combined with the five-pound weapon, boosted it to an all-up weight of ten pounds. The M-2’s rate of fire was a brisk 1,200 rounds per minute, but that must be balanced against the fact that the weak .22LR round had virtually no penetration and delivered little energy against the target. While the lack of recoil meant the weapon was easily controlled in full automatic fire, it hardly made up for the fact it was chambered for a hobbyist caliber that had no place in a submachine gun’s environment--combat.

The Beretta M38 was the standard submachine gun for the Italian Army in World War I. Invented in the 1930s by the famous Italian arms maker Beretta, the Beretta was sensibly chambered in nine-millimeter Luger, an ideal submachine gun cartridge that didn’t suffer from the Japanese eight-millimeter round’s weakness or .45 ACP’s strong recoil. The M38A was even fed from a 40 round magazine, providing plenty of firepower in the close-quarters role. The problem with the Beretta 38A was that it was absurdly heavy, weighing more than nine pounds empty and nearly eleven pounds loaded. That placed it in nearly the same weight class as the American M-1 Garand, a gas-operated rifle loaded with eight rounds of high-powered .30-06 ammunition.