60 Years and Counting: The Life-Saving C-130 Is Still the Backbone of Air Force Medevacs (With Photos!) 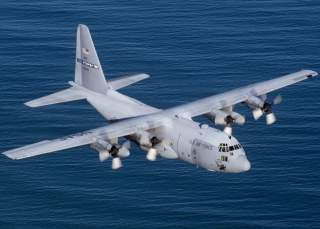 Not only can it be configured to carry up to 74 litter patients, it is outfitted with electrical and oxygen systems for aeromedical evacuation equipment, and is specifically designed to reduce the negative impact of altitude on patients and medical crews.

Since the Vietnam War, the C-130 Hercules has been a workhorse of aeromedical evacuation, and continues to serve as a reliable platform to move patients over long distances, allowing Airmen to provide critical care in the air, aid in disaster relief efforts, and bring warfighters home.

First entering service in 1956, the C-130 is a versatile aircraft, well suited to the aeromedical evacuation mission. Considered rugged and dependable enough for extensive operations in theater, it is capable of operating from rough and challenging runways.

This helps push medical capabilities closer to the front lines. As explained by Shireen Bedi, Air Force Surgeon General Public Affairs, in the article Steady and ready: C-130 mainstay of medevac, because of the C-130’s design, it is able to quickly set aside its current mission and operate as an aeromedical evacuation platform.

Not only can it be configured to carry up to 74 litter patients, it is outfitted with electrical and oxygen systems for aeromedical evacuation equipment, and is specifically designed to reduce the negative impact of altitude on patients and medical crews. 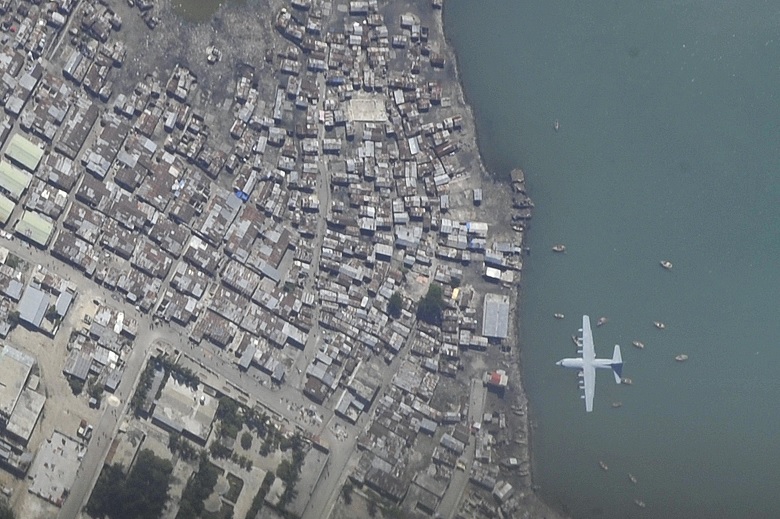 A C-130 Hercules aircraft makes a final approach into Toussaint Louverture International Airport in Port-au-Prince, Haiti, Jan. 16, 2010, part of the relief effort that delivered critical medical personnel and supplies after the area was hit by a 7.0 earthquake. According to the Air Mobility Command Historian Office, the C-130 is the most modified aircraft in the Air Force, allowing it to meet a variety of mission requirements. This versatility makes the C-130 an important airframe for disaster response, as it can be reconfigured quickly in the field from cargo transport to aeromedical evacuations when needed. (U.S. Air Force photo by Airman 1st Class Perry Aston) 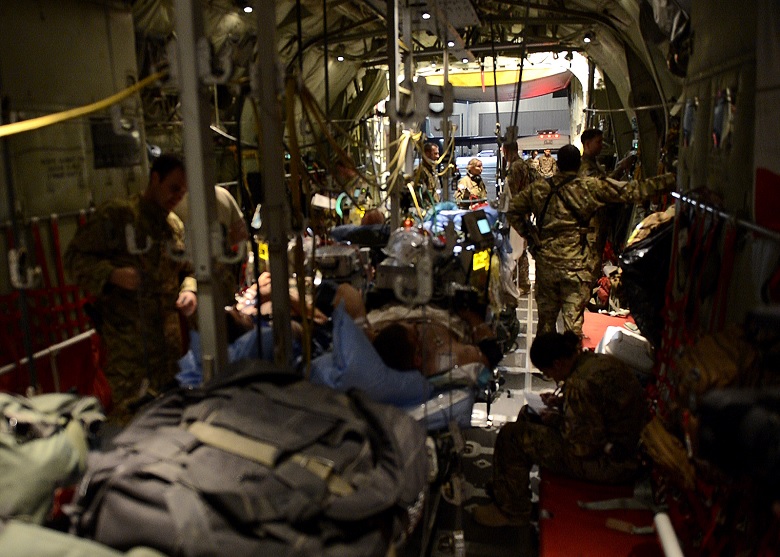 U.S. Air Force Airmen from the 455th Expeditionary Aeromedical Evacuation Squadron prepare to unload patients at Bagram Airfield, Afghanistan, May 29, 2014. The aeromedical evacuation squadron transports and treats ill and injured personnel throughout Afghanistan. Space on a C-130 is at a premium, so aeromedical evacuation teams have to be organized when they set up their working area, which runs nearly the entire length of the aircraft’s cargo area. (U.S. Air Force photo by Staff Sgt. Evelyn Chavez) 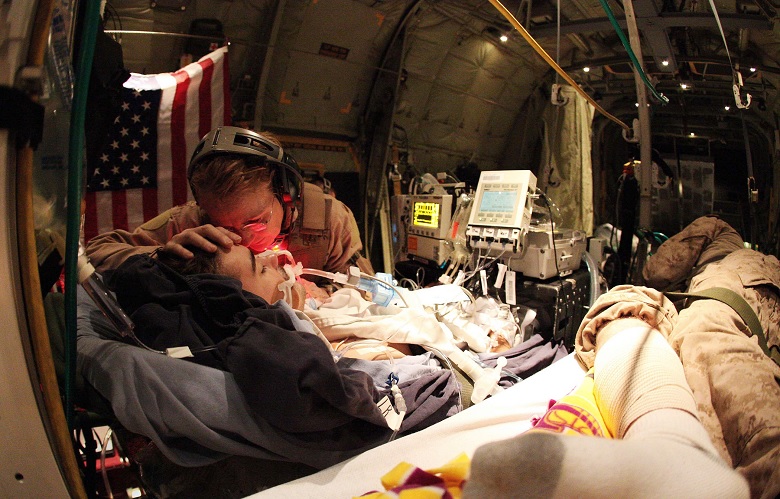 Then- U.S. Air Force Maj. Debora Lehker, a reserve critical care air transport team nurse, comforts a wounded Canadian army soldier aboard a C-130 Hercules during an emergency airlift from Kandahar Airfield, Afghanistan, Feb. 14, 2010. Aeromedical Evacuation team members are considered flight crew, meaning they must be familiar with the C-130 aircraft in addition to the medical specialty they practice. They need to know how to configure the aircraft to accommodate patient litters and know how the electricity works for the machines used to keep patients safe in flight. (Courtesy photo) 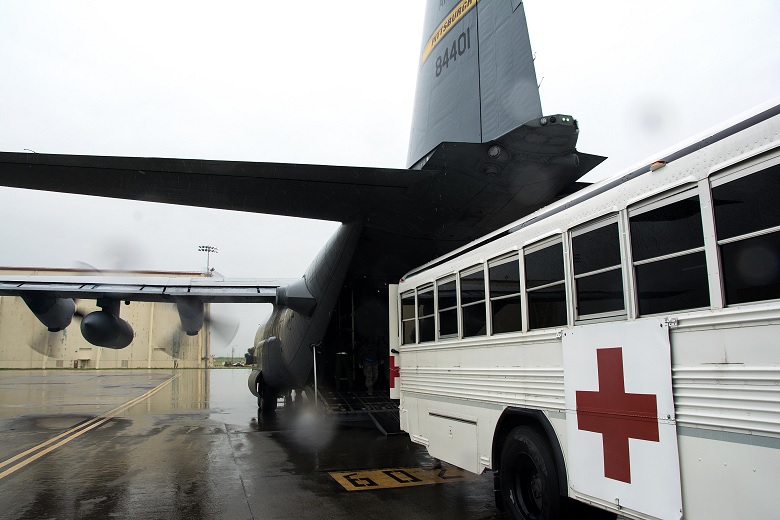 An ambulance bus from the 60th Inpatient Squadron backs up to a C-130 Hercules from Pittsburgh Air Reserve Station, Pennsylvania, during Patriot Delta at Travis Air Force Base, California, March 24, 2017. Members of the 60th IPTS participated in the Air Force Reserve exercise Patriot Delta, providing en route patient care and staging the medical manikins. Training opportunities such as this one allow AE crews to gain experience in safe and efficient patient transport from the ground, to the back of the aircraft, to delivering care in the air, and ensuring patients are transferred to the next level of care. (U.S. Air Force photo by Staff Sgt. Daniel Phelps)