650 Warships and Counting: Here's How Large China's Navy Is 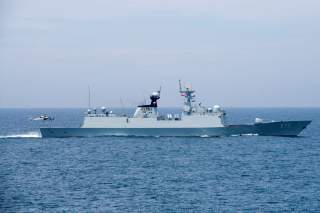 Key Point: It looks like America needs to build more ships and get its allies to step up their games. Otherwise, Beijing may well dominate the Western Pacific.The Chinese fleet is much bigger than most people think. And that should compel the United States to reconsider its Pacific maritime strategy, one expert argued.

The People's Liberation Army Navy possesses between 313 and 342 warships, the U.S. Office of Naval Intelligence estimated.