6th-Generation Fighter Jets Will Redefine Everything 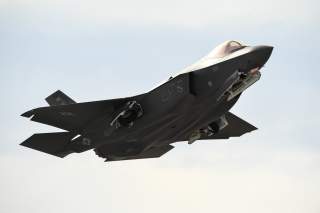 Kris Osborn is a Non-Resident Fellow at The Mitchell Institute for Aerospace Studies. Osborn previously served at the Pentagon as a Highly Qualified Expert with the Office of the Assistant Secretary of the Army - Acquisition, Logistics& Technology. Osborn has also worked as an anchor and on-air military specialist at national TV networks. He has appeared as a guest military expert on Fox News, MSNBC, The Military Channel and The History Channel. He also has a Masters Degree in Comparative Literature from Columbia University. This first appeared earlier in 2019 and is being republished due to reader's interest.