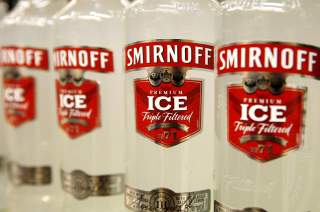 It’s easy to forget how toxic alcohol is, although this collective lapse of memory is not accidental as the alcohol industry does all it can to curate a positive image of drink. In the UK, the industry depends on heavy drinkers and spends around £800 million a year on marketing.

But the latest figures on alcohol-related deaths are a timely reminder of just how toxic alcohol is. According to the Office for National Statistics, 7,551 died in the UK as a result of alcohol – a slight dip on the previous year, but the second-highest figure since records began.

Overall, UK alcohol consumption has decreased by 18% since 2004, but this masks a significant increase in use in the heaviest drinkers, which may partly explain the increase in deaths. Unfortunately, the tools we have as a society to combat alcohol-related harm are increasingly under threat.

For example, there is little or no alcohol prevention and education work taking place in schools and further education; fewer GPs are screening new patients for high-risk drinking; and since 2012, alcohol and drug treatment services have faced an average 30% cut in funding. All of this has led to a costly burden on the NHS.

Other factors play a part in the increase in alcohol-related harms and death, particularly when it comes to differences in risky drinking. But it’s not straightforward. For example, the amount you drink and the amount of harm it causes is mediated by how wealthy you are. This is known as the alcohol-harm paradox. So when poorer people consume less alcohol than their wealthier peers, they are more likely to experience alcohol-related problems.

But class or income are difficult to untangle as diet, education and smoking can all influence health outcomes in addition to alcohol. Alcohol might reduce the health resilience of poorer members of society rather than being a cause.

Gender is another factor that plays a part in alcohol-related deaths, with men from lower socio-economic groups at a higher risk than women. Today’s figures show that overall men are twice as likely as women to die because of drinking, although this data doesn’t provide details of class. But it does show that the highest death rate for males is among those aged 55-59, while for females it those aged 60-64.

The industry is keen to self-regulate. Although alcohol marketing is restricted, it is not restricted as tightly as some would like, particularly when some groups, such as young people, can be more vulnerable to the messages used in persuasive marketing campaigns. It is a factor that is thought to have contributed to a recent rise in young people drinking in Scotland.

Marketing is clearly effective, else why would the industry spend so much on it? The industry is represented by the Portman Group in the UK – an organisation that acknowledges the harms alcohol does, but places significant emphasis on personal responsibility.

This subtle but clever message moves attention away from corporate responsibility and onto the consumer. This ideology also fits well with some political parties’ approach to policy. Self-regulation is clearly preferable to state regulation, which could challenge this ideology, depending on which party is in power.

A priority in the 2019 general election?

The manifestos of the UK’s main political parties present a mixed picture on commitments to reduce alcohol-related harm. The Conservative manifesto pledges to review alcohol duty, ostensibly to protect the Scottish whisky industry. But the freeze on alcohol duty introduced in 2013 is linked to about 2,000 extra deaths than would have otherwise been seen if these taxes had risen as planned.

The Scottish National Party makes no specific commitments around alcohol, but after introducing minimum unit pricing in 2018, is already ahead of Westminster in terms of meaningful action.

It may be an inconvenient truth for politicians, the alcohol industry and those of us who enjoy a tipple, but alcohol is a toxic drug and its greatest harms are not spread equally in our society. If this situation is to change, then the alcohol industry must exert less influence over policy – easy to say, harder to realise. We would need to break up a long-standing relationship between politicians and some very effective industry lobbying.