8 Year Project Complete: Every A-10 Warthog Now Has New Wings 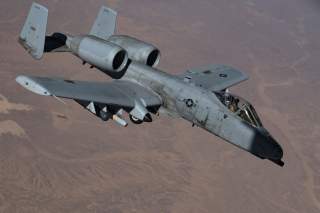 Key point: The A-10 is a very important anti-tank plane and rehauling each one has been a long job.

15 Aug. 2019 -- The ALC’s 571st Aircraft Maintenance Squadron swapped wings on 162 A-10s as part of the A-10 Enhanced Wing Assembly replacement program. The remaining 11 were installed at Osan Air Base in the Republic of Korea.

The wing replacements are expected to last for as long as 10,000 equivalent flight hours without a depot inspection. In addition, technicians designed a better wire harness for easier wing removal and to lessen the chance of damaging the wing during the process.

Working on an aircraft that has been flying for nearly 40 years wasn’t without challenges. The modifications included having to make new parts for the fuselage and having to bring other A-10 parts up from the 309th Aerospace Maintenance and Regeneration Group at Davis-Monthan Air Force Base, Ariz.