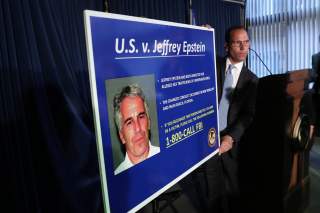 ABC News and CBS News have remained silent since reports suggested the networks colluded to fire a woman who said she was not responsible for a leaked video.

CBS News declined to comment to the Daily Caller News Foundation on whether it stood by the decision to fire Bianco. ABC News did not respond to the DCNF’s repeated requests for comment.

ABC News confirmed it was trying to find out who leaked the video prior to allegedly contacting CBS News about Bianco, Ali reported. He added that anonymous sources told him the outlet had reached out to CBS to inform it Bianco may have had access to the tape, although the network was not sure if she had leaked the video.

Bianco was at CBS for four days before the company fired her, she told Kelly.

The networks’ silence also comes after Project Veritas released a letter from the real ABC “insider,” an anonymous person who admitted to the leak. The whistleblower’s Nov. 8 letter expressed sadness that CBS fired Bianco. “This was submitted to us in light of the actions taken against those wrongfully identified as involved in the leaking of the tape and the reactions of ABC news to their spiking of the story on Jeffrey Epstein,” an editor’s note reads.

The two outlets have not issued any apologies or admitted to any wrongdoing.

Robach said on camera that Buckingham Palace threatened ABC News after finding out Prince Andrew was a part of the story and added that she “had all of” the reporting years ago. She walked back her on-camera comments after the tape was released, attributing them to a moment of frustration.

She said in a Nov. 5 statement that the interview with Giuffre “didn’t air because we could not obtain sufficient corroborating evidence to meet ABC’s standards.”

ABC also said the interview did not meet standards to air in a statement, adding that it has a team dedicated to investigating the allegations against Epstein and that “a two-hour documentary and 6-part podcast” will air in 2020.