Abolishing Billionaires Would Be a Really Bad Idea. Here's Why 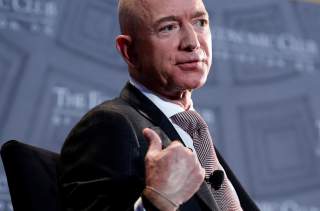 I mean, so what if a wealth tax took half of American billionaire wealth over the next decade or so? Or what if it took more? All these folks would still have plenty left to spend — which is why some democratic socialists would prefer a much, much lower wealth cap. As a policy adviser to Rep. Alexandria Ocasio–Cortez has said, “If you have $5 million, you can live off the interest of that and be a one percenter. There’s nothing in this world that anybody wants or needs to do that you can’t do with, let’s say, $10 – 15 million.”

Nor should we worry that vast wealth confiscation would hurt innovation and entrepreneurship — what economists Emmanuel Saez and Gabriel Zucman call “extreme business success.” Most rich and successful entrepreneurs would be, well, still rich and successful entrepreneurs before getting hit by the billionaire tax. As the two inequality researchers put it, “Established businesses typically devote a lot of their resources to protect their dominant positions by fighting new competition. A progressive wealth tax hits wealthy owners who have already established their businesses while it does not affect (yet) new emerging businesses.”

Really? Was Amazon really just resting on its laurels in 2000? Hardly. It was still an upstart retailer whose best years were still ahead (Amazon revenue was $2.8 billion in 2000 versus $280 billion in 2019) — well, after navigating the dot–com bust and avoiding disaster. But what if founder Jeff Bezos had been hit by a big wealth tax in 2000? As University of Chicago economist Steven Kaplan explained in a debate with Zucman:

Jeff Bezos was worth $4.7 billion or $5 billion in 2000, at the peak of the dot.com bubble. Amazon hadn’t really succeeded then.… So if you would put a 5 percent wealth tax on him when it was $5 billion, that’s a $250 million tax. By the time he would probably get around to paying it, which would be June, his shares were worth 2.5 billion. So now to get the $250 million, he would have to sell 10% of his shares. But then oops! But we have a 50% capital gains tax. Got to sell 20 percent of my shares. So in six months, under this plan, he would have to sell 20 percent of Amazon in that situation. Which would probably — what would that do to the stock price? Probably drive it down further. So maybe 25 percent of Amazon. Do you want Jeff Bezos to be selling 25 percent of Amazon? In 2000? Then you wouldn’t have Amazon, there wouldn’t be ton of innovation.

Kaplan also explains how wealth taxes would hurt America’s deep economic magic of innovation and entrepreneurship by gobbling up the funding for new ventures:

Let me tell you about Elon Musk. Elon Musk was an entrepreneur and he started PayPal, and when PayPal got sold, Elon Musk got $250 million pre–tax. That left him with $180 million after tax. What did he do with that $180 million? He pumped a $100 million into SpaceX and $80 million into Tesla, basically put all his PayPal money into SpaceX and Tesla. What happened in 2008? They almost both went bankrupt. They both were on the precipice of surviving, and they survived. Now, I would argue that if we had put in a higher marginal tax rate on capital gains, he would have had — and the numbers are in that book — he would have $60 million less, and either SpaceX or Tesla would not exist. And I don’t think anyone else would have done it…. You can tell the same story with Pixar. Steve Jobs got his money from Apple, he left Apple, and he put a big chunk of it into Pixar. It also almost went bankrupt, it didn’t, and if you had taxed him more, he would have had to have sold Pixar. It wouldn’t have been Pixar. You would have “Losing Nemo” instead of “Finding Nemo.”

It’s a common theme that runs through all these radical, “big structural change” agendas: the idea that you can massively change one key part of the US economy with few negative tradeoffs. But severely undermining America’s high-impact startup ecosystem is a significant negative tradeoff.