Is Afghanistan Headed for Mass Chaos? 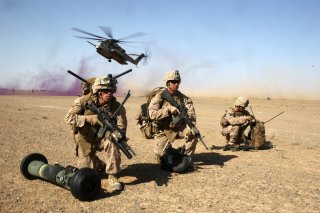 As the United States inches closer to its projected full withdrawal date of August 31, Taliban attacks have risen sharply across the country—and civilian deaths have increased accordingly.

The newest quarterly report put out by the Special Inspector General for Afghanistan Reconstruction, or SIGAR, found that the January–March period of 2021 had seen a “dramatic increase in enemy-initiated attacks.” According to the report, 10,431 attacks were conducted in the first three months of 2021, compared to 7,620 in 2020. These numbers had earlier appeared in an Inspector General’s report to Congress for Operation Freedom Sentinel, the ongoing U.S. mission in Afghanistan.

The SIGAR report, released on July 30, conspicuously does not include data taken from April onwards. This data is significant because President Joe Biden announced the full withdrawal of U.S. troops on April 14; two weeks later, the Taliban launched a major offensive, making rapid gains against the battered and disorganized Afghan security forces. The Taliban’s rapid progress, and its brazen violation of the peace agreement it signed in February 2020, have led to calls for the Biden administration to postpone the withdrawal until the Afghan government’s position is stabilized. However, Biden has maintained his position on withdrawal, while pledging full political and economic support for the government in Kabul.

The next quarterly SIGAR report will include data from the months from April until June, meaning that it will include the escalation in attacks following Biden’s announcement.  However, SIGAR notes in the report that the U.S. military, which performed prior rounds of data collection, ceased its activities on May 31 as part of the withdrawal. The report states that the Department of Defense is “exploring options” for how to perform additional data collection.

The report also cited difficulties facing the Afghan security forces, noting that “most ANA [Afghan National Army] corps refuse to execute missions without ANASOC [special ops] support”, and Afghan commandos have often been misused for routine tasks such as guarding checkpoints. It also cited the poor upkeep of the Afghan Air Force, which Biden committed to supporting by supplying contractors to but which has still faced endemic maintenance problems.

Talks between the Taliban and the Afghan government of President Ashraf Ghani are ongoing in Doha, Qatar, but have made little progress. Skeptical observers have warned that the Taliban does not intend to reach a political settlement in a war that it appears to be winning.