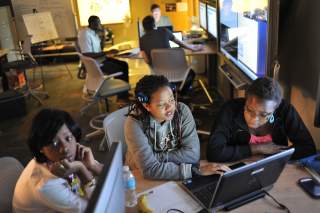 When seeking graduate and professional degrees, African Americans take on over 50% more debt than white students. On the upside, African Americans also see a bigger payoff to earning such degrees. Whether or not that payoff is enough to make up for the additional debt burden is unclear.

These are some key takeaways from a study we released in January 2020 in the journal Sociology of Education that examined graduate school debt. We are researchers who study issues of inequality and disadvantage in education.

Our findings come at a time when there is an ongoing public debate about whether higher education is worth the cost. We believe these debates represent a paradox for African Americans who are seeking education beyond a bachelor’s degree. On the one hand, graduate school enables African Americans to climb into higher income brackets. But this upward economic mobility comes at a steep upfront financial cost.

For 2016, we estimate that the average white graduate student borrowed about US$28,000 while an average African American graduate student took out $43,000 to pay for their education, even when they had comparable levels of parent income, education and other resources important for educational attainment.

We found that African American graduates with an advanced degree had higher pay increases than their white peers – but not necessarily higher pay.

Among doctoral degree holders, white graduates could expect around a 55% bump compared to a 65% increase in earnings for African Americans with doctoral degrees.

For these reasons, taking on large amounts of student debt may perpetuate racial inequalities across generations. For instance, debt can make it more difficult for highly educated African American parents to support their own children’s educational aspirations. If a person who has a child right after graduate school invested $300 per month to their child’s college fund versus paying off their own student debt, with a 4% rate of return they could expect to have roughly $44,000 toward their child’s college education in 10 years.

But our research suggests that when it comes to the nation’s $1.6 trillion student debt problem, it pays to look beyond just student loans for four-year degrees. We found that nearly half the nation’s student debt is held by households where at least one member has an advanced degree. These are households that typically enjoy relatively high incomes.