After Brexit: 5 Winston Churchill Films You Need to Watch 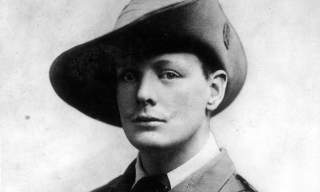 After Thursday’s elections in the UK, there is no question old Albion is entering a new day. Hopefully that new day will see a U.S.-UK Free Trade Agreement placed on a fast track.

The Brits have once again chosen a bold leader, something they tend to do at decisive moments. In 1979, after suffering through decades of decay wrought by creeping socialism, they turned to the Iron Maiden, Margaret Thatcher, to pull them from the slough of economic despond. Earlier that century, when faced with the horror of Nazi Germany, they cashiered the Great Appeaser and brought in the British Bulldog, Winston Churchill.

No leader has been more inspiring than Churchill, and more than a few miles of celluloid have been dedicated to documenting his storied career. Those whose knowledge of Winston derives solely from season one of The Crown know only the last, faltering chapter of his long career. They’ve missed all the best parts. Here are five films that better illustrate the life of one of the truly great leaders of the modern age.

#5. Young Winston (1972). The young man might not have been in such a hurry if he knew his public life was going to span decades and rewrite history. Traveling to South Africa to cover the Boer War, the young journalist himself engages in combat. Captured in battle, he escapes and becomes a prominent public figure. And so launches a remarkable career in politics. Gen Z, eat your heart out.

#4. The Gathering Storm (1974). Churchill’s political career had more ups and downs than the stock market. As First Lord of the Admiralty during World War I, he backed the Gallipoli campaign, one of worst avoidable disasters in military history. After this failure, Churchill volunteered for war duty and fought as a captain on the front. He returned to politics, but on the eve of World War II found himself relegated to the back of the back benches in parliament. These were Churchill’s “Wilderness Years” (see also the 1981 mini-series) when he tried to warn the world about the coming Nazi menace.

#3. Dunkirk (2017). When war breaks out Churchill is handed the reins of power. But there’s a problem: Britain isn’t very powerful. A lightning German advance leaves the British army cut off, their backs against the sea. Without Churchill’s determined leadership, the army might have been lost there on the beaches. Instead, over the course of nine days, a motley flotilla of naval and civilian ships—large and small—were able to ferry nearly 200,000 British and some 140,000 French and Belgian troops safely across the channel. The Allies would live to fight another day!

#2 Darkest Hour (2017). Dunkirk was a good day compared to what followed: the “Battle of Britain” (see also the 1969 film). Churchill led the nation through that ordeal as well.

#1. The Eagle Has Landed (1976). In this fictional film, a crack Nazi command team tries to kidnap Churchill. Failing that, they opt for assassinating him. SPOILER ALERT: They kill a body double. In real life, Churchill didn’t have a body double, though there were rumors he had a voice double. And there was, indeed, a plot to kill Churchill, but not in England. Operation Long Jump (Unternehmen Weitsprung) was the German’s plan to simultaneously assassinate Stalin, Churchill and FDR at the Tehran Conference in 1943. Obviously, that did not happen.

Churchill was undeniably a great leader. Great leaders aren’t perfect though; they make mistakes like everyone else. And because they are great, some of their mistakes are bound to be bigger than those of lesser men. Moreover, the longer they are great, the more likely they are to make more mistakes. Churchill’s career lasted longer than some dynasties.

And then there’s this saying: Those that have the best ideas also have the worst ideas, because they have the most ideas. That, too, was Churchill—a font of energy and creativity, not all of it awesome. On balance, his ideas were better than most. He rightly, for example, pegged the problem with socialism. He called it, “the philosophy of failure.”

Then there is the difference between characteristics and character. Characteristics are superficial attributes. Certainly, Churchill had many characteristics that served him well: a resonant voice, an unmatched vocabulary and powerful writing chops. But it is not these that made him a great leader.