After A Loss To Pakistan, India Wants Israel To Replace Its Russian Air-To-Air Missiles 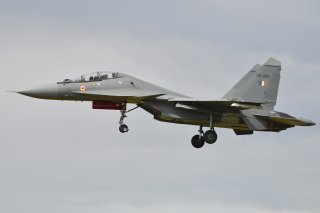 “In two years from now, the Indian Air Force's frontline Sukhoi-30 fighters may be re-armed with Israeli Derby air-to-air missiles after the jet's Russian-made R-77 missiles were found wanting in air combat operations over the Line of Control on February 27,” NDTV said.

During air battles along the Kashmir border on February 26 and 27 of last year, an Indian Air Force (IAF) MiG-21 was shot down, apparently by a U.S.-made AIM-120 AMRAAM (Advanced Medium-Range Air-to-Air Missile) fired by one of Pakistan Air Force’s (PAF) American-built F-16 fighters. India claims to have downed a Pakistani fighter – which Pakistan denies – but India was still embarrassed by the capture of its MiG-21 pilot, who was shown on Pakistani television and later returned.