After Poor Earnings Report, Netflix to Crackdown on Password Sharing 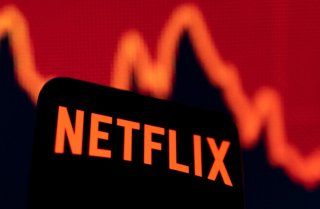 In a shock that was felt throughout the streaming world, Netflix’s highly disappointing earnings report revealed that the company lost 200,000 paid subscribers in the first quarter and projected that it would lose a whopping two million more in the next quarter. The reported subscriber loss was the company’s first in more than a decade.

The streaming giant still currently boasts a hefty 222 million subscribers worldwide, but the company did acknowledge that figure could be much higher if so many people weren’t sharing their passwords to access Netflix’s subscriber content. In fact, it was estimated that more than 30 million U.S. and Canadian households are using shared passwords and an additional 100 million households are doing so globally.

“Our relatively high household penetration—when including the large number of households sharing accounts—combined with competition, is creating revenue growth headwinds,” Netflix said in its shareholder letter last week. “Account sharing as a percentage of our paying membership hasn’t changed much over the years, but, coupled with the first factor, means it’s harder to grow membership in many markets an issue that was obscured by our COVID growth.”

Now, it appears that the company will take concrete action to address the longstanding issue. As reported by CNBC, Netflix likely won’t simply freeze those accounts that are known to be sharing passwords, but instead, “the company will likely favor the setting of an extra fee for those accounts being used by multiple people outside of the home.” The company continued, “Netflix’s plan to capture that lost revenue would start with an alert being sent to account holders whose passwords are being used by other households.”

According to Reuters, Netflix already has started charging users in Chile, Costa Rica, and Peru an additional fee to share their accounts with up to two people. The pricing is different for each country: based on current exchange rates, roughly $2.13 per month in Peru, $2.99 in Costa Rica, and $2.92 in Chile.

“If you’ve got a sister, let’s say, that’s living in a different city, you want to share Netflix with her, that’s great,” Netflix Chief Operating Officer Greg Peters noted during the company’s earnings conference call. “We’re not trying to shut down that sharing, but we’re going to ask you to pay a bit more to be able to share with her and so that she gets the benefit and the value of the service, but we also get the revenue associated with that viewing,” he continued.

Peters added that he believed that it would take about a year to implement the additional fees to subscriber pricing worldwide—though he admitted that the company could still adjust the pricing or further review its overall strategy. “It will take a while to work this out and to get that balance right,” he said. “And so just to set your expectations, my belief is that we’re going to go through a year or so of iterating and then deploying all of that so that we get that solution globally launched, including markets like the United States,” he concluded.