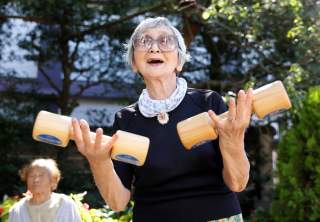 Key point: Tokyo doesn't have enough babies and young workers to keep up its tax income and finances. This means that, over time, Japan will have less money and fewer soldiers to defend itself with.