An Air Force B-2 Just Tested A New Bomb, And America's Nuclear Triad Got Deadlier 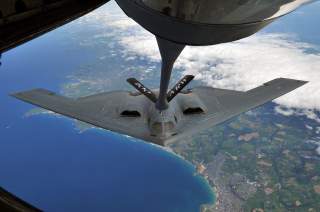 Key point: The B61 Mod 12 is engineered with a special “Tail Subassembly” to give the bomb increased accuracy.

Earlier this summer, the Air Force dropped a B61-12 nuclear weapon from a B-2 at Nellis AFB, marking a new developmental flight test phase for the upgraded bomb, Air Force spokeswoman Capt. Hope Cronin told Warrior Maven earlier this year.