Air Force Chief of Staff: China Is "Outpacing the U.S." 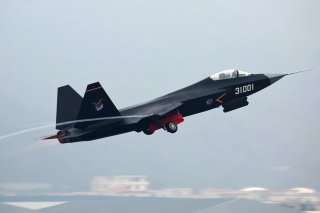 U.S. Air Force leaders are warning that China's "rate of change" is "outpacing the U.S." and is intended to achieve global dominance by 2050 through a multi-pronged strategic approach to include military modernization, technological innovation, economic imperialism, and a "whole of government" approach to eroding the U.S. military advantage.

"China is the pacing challenge, actively developing weapons systems specifically designed to defeat the U.S. competitive advantage," Air Force Chief of Staff Gen. Charles Brown said at the Air Force Association symposium. He went on to point out certain conditions and circumstances likely to generate concern at the Pentagon. For instance, Brown said China now operates the largest Aviation force in the Indo-Pacific and is challenging U.S. relationships with allies.

If China has the largest aviation presence in the Pacific, then many are likely to consider the kinds of platforms and threats which may make up its force, including drones of concern as well as fighter jets, bombers, and strategic cargo aircraft. The Chinese are known to operate the J-10 and carrier-launched J-15 fighter jets. But the People's Liberation Army Air Force is now operating a growing number of cutting-edge or emerging platforms likely to present a much more significant threat. Perhaps some of China's newer systems could fall within the conceptual purview of Brown's comment that China is deliberately developing platforms to rival the U.S. Take its J-20 fighter jet, for example, a stealthy purported 5th-generation fighter already in service and likely growing in numbers, the J-20 is a platform now being fortified by the emerging J-31 5th generation stealth fighter.

China does not currently operate a high number of aircraft carriers, apart from its first two now operating in the region. However, its ability to project maritime airpower is quickly growing through some of its known ongoing efforts, such as its active development of a carrier-launched maritime variant of the J-31. Could such an aircraft, should it come to fruition quickly, rival an F-35B or F-35C? It certainly is not likely to operate with an F-35B-like vertical take-off ability, something which might enable the stealth fighter to launch or operate from a smaller ship, such as an amphibious assault ship.  Furthermore, the J-31 may be on the fast track but only a few are reported to exist. Prototype J-31s, which look at least in external configuration to be somewhat of an F-35 rip-off, have only become airborne in the last year or two and have yet to be produced in large numbers. However, public reports do say China operates as many as 150 J-20s and is known to operate a fast-moving industrial base now generating new aircraft.  Also, the J-20 must be land launched and may therefore be limited in terms of its reach across the large, expansive ocean areas of the Pacific. That is unless the Chinese continue their reported efforts to convert some of its newer Y-20 Cargo planes into tankers. Such a prospect, reported in Chinese newspapers, could certainly massively extend the reach of J-20s throughout the Pacific.

When compared against a U.S. plan to acquire more than 1,700 F-35s, what are China’s actual ambitions in terms of Air Force size? It's certainly an interesting question. Regarding Brown’s claim in the Pacific, it might suggest that the U.S. may not be basing enough of its Air Power in the region. Does Combatant Commander demand for airpower in the Pacific exceed available supply? That might explain why the Air Force is seeking to expand the size of its fleet, or establish more forward basing opportunities in the Pacific region. With large numbers of F-35s on the way and arriving at a rapid pace, It may not be surprising to see the U.S. Air Force massively uptick its forward air presence in the Pacific. This may include the addition of more basing operations in allied locations such as Australia, Japan, or allied Southeast Asian countries.  Furthermore, an operational deficit in the Pacific between the United States and China might also be part of the reason why Japan is now moving quickly with a massive $35 billion F-35 buy.

"Strategic competition can be just as catastrophic as a 9-11. We cannot wait for a catastrophic event. We need to change our mindset," Brown cautioned.