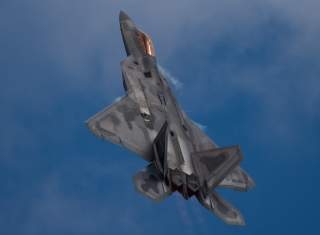 As the Air Force explained in the report, the aging F-22 design will not be competitive against an evolving threat as nations like Russia and China continue to invest in new technologies. “Moving closer to 2030, it is important to acknowledge that threat capabilities have and will continue to evolve at a rapid rate, creating highly contested environments,” the report reads.​