Air Force Pilots Explain Why The A-10 Warthog Won't Die 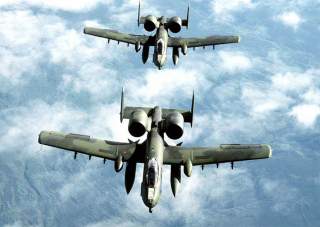 Key point: The Air Force has a begun a three-pronged strategy to replace or sustain the A-10 which involves looking at ways to upgrade and preserve the existing aircraft.