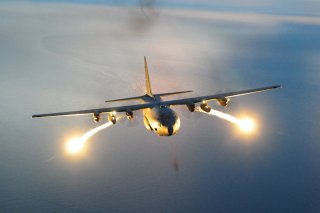 The United States is currently racing against its adversaries to develop hypersonic weapons. As part of this effort, the U.S. Air Force has been developing a hypersonic weapon known as the AGM-183A Air-Launched Rapid Response Weapon (ARRW) since 2018. In early 2021, a test of the weapon ended in disappointment when the AGM-183A failed to ignite after being released by a B-52 Stratofortress.

Later last year, Secretary of the Air Force Frank Kendall gave a speech in which he expressed dissatisfaction with the progress of the effort so far.

Speaking at an Air Force Association conference last year, Kendall warned that China and Russia’s hypersonic efforts are “moving very quickly.” He added that “they clearly see the value” in pursuing hypersonic weapons.

“I think if the [funding is] there . . . the industrial base will respond,” Kendall said of the United States’ hypersonic program. “I think we will get there . . . but we have to solve the problem first of where we’re trying to go, and then get there as quickly as possible.”

In January 2022, Air Force Magazine revealed even more about Kendall’s perspective on the topic. Kendall, speaking at an event hosted by the Center for a New American Security, tried to de-emphasize the importance of hypersonic weapons and China’s progress in developing its own.

“I think we have to be careful about not mirror-imaging the potential threats,” Kendall warned. The secretary added that although the Trump administration had emphasized a “rush” to develop hypersonic missiles, they aren’t necessarily the most “cost-effective” weapons for the Air Force.

“We don’t have the same targets that [China is] worried about,” Kendall noted. “We have to think about what’s most cost-effective for us … [Hypersonic systems are] very expensive compared to conventional weapons. So we’ve got to look at that very carefully and decide where we need to be in that tradeoff. I don’t think enough work has been done on that.”

Kendall added that the goal of the United States is to establish “deterrence that defeats aggression,” while China’s goals are more oriented toward keeping the United States from intervening in Asia. With this in mind, he said that hypersonics will have a role in the future and will continue to be developed.

When discussing the future of war, Kendall predicted that combat operations in the future will have more in common with D-Day than with the Air Force’s bombing campaigns in Europe.

“They’re very compressed in time. They’re very high density, and a lot of decisions have to be made in the timescale which is imposed by the operation,” Kendall said.