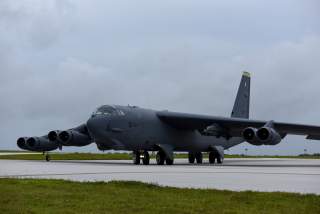 Key point: The Air Force is spread too thin to focus on the return of great power competition.

NATIONAL HARBOR, Md. – A U.S. Air Force general said this week that the U.S. needs a lot more bomber aircraft if it is going to stand up to great power rivals like China and Russia. Business Insider reports. Continue reading original article

24 Sept. 2019 -- Speaking at the Air Force Association's Air-Space and Cyber Conference, last week, Gen. Timothy Ray, an Air Force four-star who heads Global Strike Command, said the number of U.S. bomber aircraft needs to increase from 156 to at least 225, although he says the number probably actually needs to be much higher.

Last fall, the Air Force announced plans to increase the number of squadrons from 312 to 386, with each squadron consisting of eight to 24 planes depending on the airframe.

At the end of the Cold War, the Air Force had 401 squadrons, but that number shrank as the U.S. focused its attention on the counter-insurgency fight. As the U.S. shifts its focus back to great power competition, the service is pushing for a larger fighting force.