Air Force Will Need New Bombs to Wage War Against Russia or China. Here's What We Know. 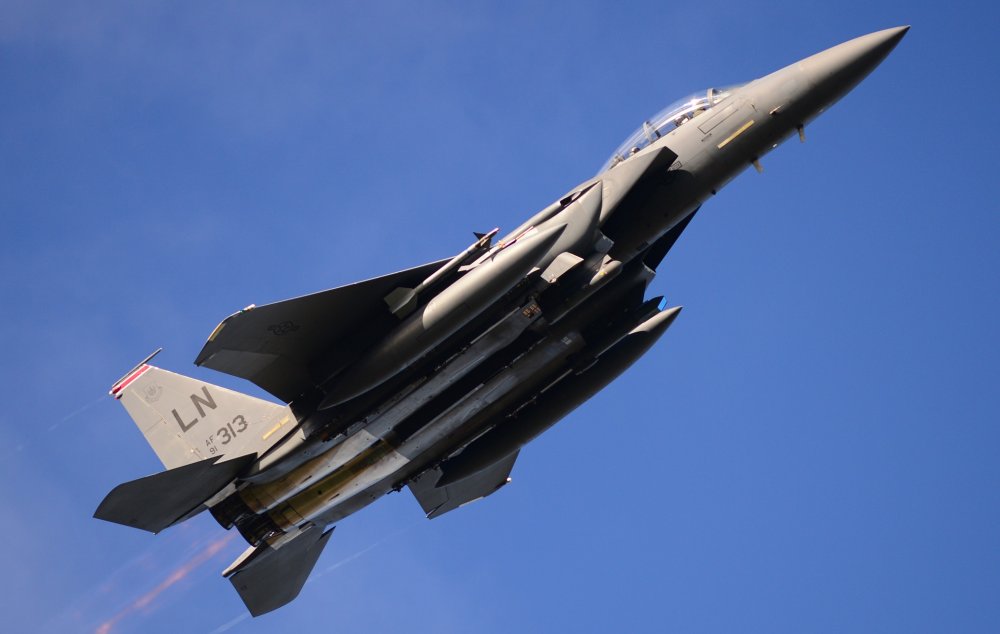 Air Force experts and researchers now argue that, when it comes to the prospect of major power warfare, the service will need higher-tech, more flexible and more powerful bombs to destroy well fortified Russian and Chinese facilities.

“There is now a shift in emphasis away from minimizing to maximizing effects in a high-end fight - requirements from our missions directorate say we continue to have to deal with the whole spectrum of threats as we shift to more of a near-peer threat focus. We are looking at larger munitions - with bigger effects,” Dr. John S. Wilcox, Director of Munitions for the Air Force Research Laboratory (AFRL), said recently at the Air Force Association Annual Conference.

While the Air Force is now moving quickly to engineer new bombs across a wide range of “adjustable” blast effects to include smaller, more targeted explosions, exploring 2,000-pound bomb options engineered for larger attack impacts are a key part of the equation.

The principle concept informing the argument, according to Air Force weapons experts, is that variable yield munitions, and certain high-yield bombs in particular, are greatly needed to address a fast-changing global threat calculus.

While Wilcox did not specify a particular country presenting advanced threats, as is often the case with Air Force weapons developers, several senior former service officers cited particular Russian and Chinese concerns in a recent study from The Mitchell Institute.

“The Russians and Chinese, in particular, have observed American warfighting strategies over the last several decades and have sought to make their valued military facilities especially difficult to destroy. US commanders involved in future scenarios with these two potential adversaries may find themselves requiring exceedingly powerful munitions to eliminate these types of targets,” the study, called “The Munitions Effects Revolution,” writes.

Developers make the point that fast-changeable effects need to present Air Force attackers with a “sniper-like” precision air attack as well as massive attacks with expanded “energetics” and more destructive power. To reinforce this point, Wilcox explained that counterterrorism, counterinsurgency or pinpointed attack requirements -- and “high-yield” warzone weapons -- will all be essential moving forward.

“We will continue to deal with violent extremist organizations,” Wilcox said.

The technical foundation for this need for more “variable yield” effects is lodged within the widely-discussed fact that bomb-body advances have not kept pace with targeting technology or large platform modernization.

“The bomb body, a steel shell filled with explosive material, is relatively unchanged across the past 100 years. But some elements of modern munitions have significantly evolved—particularly guidance elements. Munition effects—the destructive envelope of heat, blast, and fragmentation—remain essentially unchanged” the report, co-authored by By Maj Gen Lawrence A. Stutzriem, (Ret.) and Col Matthew M. Hurley, (Ret.) writes.

Specifically, the report explains that attack platforms such as a Reaper drone or fighter jet are all too often greatly limited by “fixed explosion” settings and weapons effects planned too far in advance to allow for rapid, in-flight adjustments.

An excerpt from the report:

--Investment in munition bomb bodies, key components that govern the nature of an actual explosion, has yielded limited incremental improvements in concept, design, and manufacturing. However, the essential kinetic force—the “boom”—is relatively unchanged. Given a rise in real-world demand for more varied explosive effects, it is time for the Air Force to consider new technologies that can afford enhanced options--

Time-sensitive targeting driven by a need for fast-moving ISR is also emphasized in the Mitchell Institute study, according to Wilcox.

Wilcox explained that emerging weapons need to quicken the kill chain by enabling attack pilots to make decisions faster and during attack missions to a greater extent.

“The bomb body, minus the guidance unit is relatively unchanged. A 500-pound bomb body flown in 1918 is now being dropped by the F-35 - with a fixed explosive envelope,” Stutzriem writes. “Once weapons are uploaded and aircraft are airborne, fuse flexibility is usually limited and sometimes fixed.”

For instance, the report cites a statistic potentially surprising to some, namely that Air Force F-15s during periods of time in Operation Inherent Resolve, were unable to attack as much as 70-percent of their desired targets due to a lack of bomb-effect flexibility.

This, naturally, brings a wide range of options to include enabling air assets to conduct missions with a large variation of attack possibilities, while traveling with fewer bombs.

“We want to have options and flexibility so we can take out this one person with a hit to kill munition crank it up and take out a truck or a wide area,” Col. Gary Haase, Air Force Research Laboratory weapons developer, told Warrior Maven and a reporter from Breaking Defense in an interview at AFA.

He described this in several respects, with one of them being having an ability to use a targeted kinetic energy “hit-to-kill” weapon to attack one person at a table without hurting others in the room.

Additionally, both Stutzriem and Hasse said building weapons with specific shapes, vectors and sizes can help vary the scope of an explosive envelope. This can mean setting the fuse to detonate the weapon beneath the ground in the event that an earth penetrating weapon is needed - or building new fuses into the warhead itself designed to tailor the blast effect. These kinds of quick changes may be needed “in-flight” to address pop-up targets, Hasse explained.

“We are looking at novel or unique designs from an additive manufacturing perspective, as to how we might build the energetics with the warhead from a combination of inert and explosive material depending upon how we detonate it,” Hasse told Warrior Maven.

A high-impulse design allows a single round to have the same effect against a structure as four to five Mk-82s, the Mitchell Institute report says.

“We are talking about the explosive envelope itself - which is a combination of heat, blast and fragmentation,” Stutzhiem said.