The Air Force's New 6th-Gen Stealth Fighter: What Will it Do? 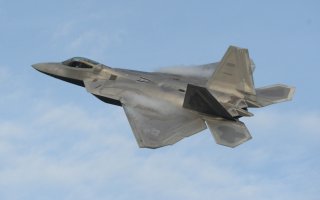 Air Force senior leaders are now saying that the already airborne U.S. Air Force 6th-generation stealth fighter jet will replace the F-22 Raptor stealth fighter jet and operate as a “multi-role” fighter, developments which offer a small glimpse into some of the thinking and tactical planning for the highly-secret aircraft.

Chief of Staff of the Air Force Gen. Charles Brown cited these two plans when speaking to the House Armed Services Committee at a recent hearing on the service’s 2022 budget request. Brown also added, as quoted in Aerospace Manufacturing, that the aircraft’s primary role will be air dominance but that it will also operate with some air-to-ground attack ability.

Also, in what could be considered an extremely important comment, Brown reportedly said the new jet would have increased range and weapons load when compared with the F-22.

The possibility of greater range aligns with previous comments or indications about the program made by Brown earlier this year. When asked about whether there could be two variants of the 6th-generation fighter, Brown did not dismiss the possibility but instead concurred that greater range would be essential in the Pacific. Should there be two variants, it would make sense to have a slightly larger, longer-range Pacific variant built to carry more fuel and operate with an extremely large combat radius. A European variant could, by contrast, perhaps be a little smaller, faster and more maneuverable as it would not face the tyranny of distance known in the Pacific. The Russian border is, after all, pretty close to many U.S.-friendly NATO air bases in Eastern Europe.

It also makes sense that the aircraft would primarily replace the F-22. This does not mean that the new 6th-generation stealth fighter will have sensors inferior to an upgraded F-35 Lightning II stealth fighter, but rather that it may primarily function as a way to replace, expand and advance the high-speed maneuverability, thrust and vectoring ability known to characterize the F-22. One reason for this may be that the Air Force is not only acquiring large numbers of F-35s but also has a long-term modernization strategy for the 5th-generation fighter. Software upgrades, new weapons and computing are all expected to keep the F-35 in front of global threats well into the 2070s, a plan which would explain why an F-22 replacement might function extremely well as a complementary partner to support an upgraded F-35.  As a multirole fighter, one of the distinguishing features of the F-35 is not only its computing and much-discussed sensor fusion, but its Intelligence, Surveillance and Reconnaissance (ISR) abilities. With its Electro-Optical Targeting System and Distributed Aperture System of surrounding cameras, the F-35 is known to bring a “drone-like” ISR dimension to 5th-generation air combat.

An ability to perform some ground fire or close air support seems quite significant as well, given that the F-22 did have its combat debut attacking ISIS ground targets during Operation Inherent Resolve. Available renderings don’t show anything like the F-35's wing-blended 25mm cannon, but it seems quite likely that the new 6th-generation fighter will operate with a new generation of precision air-to-ground weapons.