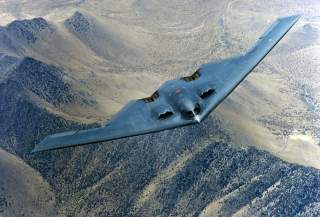 Key point: The B-2 is already a powerful and sneaky bomber armed with nuclear weapons. But the B-21 promises to be even stealthier and with new technologies that will make it the ideal weapons system to carry out a strategic attack.