Aircraft Carrier Scare: How Russia and China Could Sink the Navy's Most Important Warship 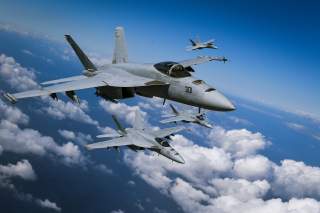 In the event of a conflict, U.S. Navy admirals and the U.S. president may grow so concerned about the vulnerability of carriers that they don’t use them assertively and effectively.