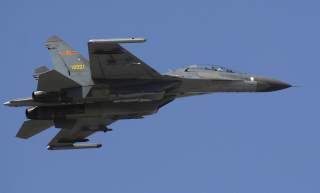 Key Point: Beijing is determined to develop an aeronautics industry that won’t rely on foreign nations in the future.