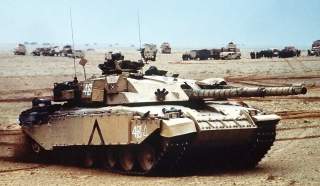 The legacy of AirLand Battle remains largely positive. It restored offensive maneuver to the U.S. toolkit, and gave the post-Vietnam U.S. Army a way of thinking about decisively defeating the Red Army on the conventional battlefield. It also proved intellectual fertile, opening space for new thinking on the integration of technology and doctrine.

How the Warsaw Uprising Challenged and Changed Poland