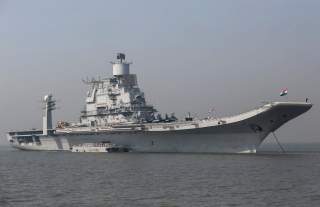 Key point: Russia's Admiral Gorshkov had a lot of problems but it was the only option on the market for New Delhi.