All the Times Iran's Navy Was Crushed in Battle 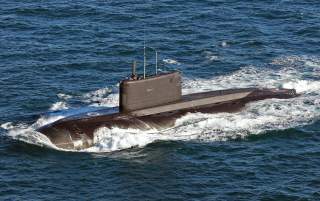 The result of which is an Iranian fleet that in 2014 is still composed mostly of designs from the 1960s, including survivors of the lopsided engagements with the Americans. It’s a fleet that stood little chance against the U.S. in 1987 and 1988—and is even more hopelessly outclassed today.The Iranian navy has announced it’s sending two warships toward the U.S. East Coast. “This move has a message,” Adm. Afshin Rezayee Haddad said, adding that the deployment is “Iran’s response to Washington’s beefed up naval presence in the Persian Gulf.

Haddad failed to mention that the two ships are a lightly armed tanker and a tiny, 45-year-old “destroyer”—neither of which would last long against the U.S. Coast Guard, to say nothing of the U.S. Navy.

That destroyer, the British-built Sabalan, has encountered the Americans before. In 1988, Iran mined international waters in the Persian Gulf, leading to swift U.S. reprisal. Amid skirmishes, Sabalan fired on American A-6 bombers. The planes counter-attacked, dropping a laser-guided bomb straight down Sabalan’s smoke stack and severely damaging the vessel.

The result of which is an Iranian fleet that in 2014 is still composed mostly of designs from the 1960s, including survivors of the lopsided engagements with the Americans. It’s a fleet that stood little chance against the U.S. in 1987 and 1988—and is even more hopelessly outclassed today.