All U.S. Navy Submarines are Nuclear Powered (But That Could Change) 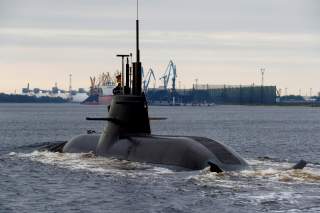 Key point: AIP subs are affordable and, when piloted by a competent crew, can sink carriers.

It is no surprise that navies that operate largely around coastal waters are turning to cheap AIP submarines, as their disadvantage are not as relevant when friendly ports are close at hand.  The trade off in range and endurance is more problematic for the U.S. Navy, which operates across the breadth of the Atlantic, Pacific and Indian Oceans. This may explain why the U.S. Navy has shown little inclination to return to non-nuclear submarines. However, AIP submarines operating from forward bases would represent a very cost-effective and stealthy means to expand the Navy’s sea-control mission.