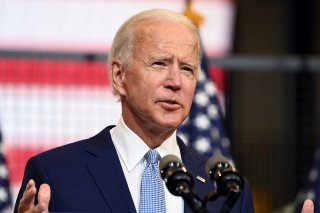 2021 will be a pivotal year for international order as the world begins to emerge from a devastating pandemic and a contentious period of nationalism and populism stoked and symbolized by Donald Trump.  But rather than emerging dominant after a period of great struggle, as in 1945 or 1989, America will face the world with its international reputation in tatters, its polity deeply polarized, and its economy in disrepair. And the Biden administration will be presented with a daunting inbox of harrowing threats and profound challenges.

And yet, with most of the world looking forward to America’s return to the global stage, President-Elect Joe Biden has a historic window of opportunity to reshape a global order in need of innovation and modernization. The Biden administration will need to make clear that it is not simply going to return to the status quo ante, but is prepared instead, with humility and purpose, to embrace a new approach for America’s role in the world. Biden has spoken often about restoring cooperation with allies. To succeed in advancing America’s core interests and values, the administration should follow its rhetoric with concrete actions making a true partnership with democratic allies the central organizing principle of US foreign policy.

The world – and America’s place in it – is less stable and more uncertain today than it has been in decades. The pandemic has ravaged the global economy, already under stress from growing inequities in wealth and income, and struggling to deliver for working people worldwide. China is growing more powerful and challenging the global system. Russia has become more assertive in undermining democracy and breaking norms around the world. US adversaries are gaining an edge in the race for advanced technologies. The world is in the midst of a significant democratic recession, undergoing fourteen consecutive years of a decline in global freedom. Climate change is on the verge of becoming irreversible and profoundly altering the planet.

With America adrift, allies have sought to forge their own way by launching and supporting multilateral initiatives that once might have seen destined to fail without America on board. Germany and France launched an Alliance of Multilateralism to uphold a rules-based order, while Australia and Japan joined nine other nations in signing on to a transpacific trade agreement without the United States. European allies stayed in the Iran nuclear agreement and nearly every other nation around the world has remained committed to the Paris Climate Accords, even after the US dropped out.  Meanwhile, France has reignited a conversation on European strategic autonomy from the United States.

Nevertheless, after four years of Trump’s assault on America’s allies, longstanding norms, and international institutions, Biden will be received by most of the globe, and particularly America’s traditional allies, with open arms. America remains the world’s strongest economic and military power, and allies still need the United States on board to succeed.  Europe remains on the frontlines of Russian aggression and meddling and has awoken to the challenges posed by China. In the Indo-Pacific, the threat from Beijing looms large.  And to set standards for advanced technologies, uphold human rights, and address climate change, allies are yearning for American partnership.

America’s network of democratic allies and partners can serve as a force multiplier to advance US interests around the world – and this network is more critical than ever for the United States. Together, America and its closest democratic allies possess more than fifty percent of global GDP and military expenditures, and that rises to nearly three-quarters with other democracies worldwide are included. The question for the administration is how to harness this collective power and influence successfully.

The Biden administration cannot simply revert back to a style of leadership that presupposes America will lead and its allies with follow. Instead, Biden’s challenge is to develop a new paradigm for American leadership -- one that treats democratic allies as equal partners in shaping an order that reflects our common interests and ideals. He and his national security team, by disposition and experience, are well-suited to the task. What is required is a new architecture for strategic engagement that reflects a true partnership and deep-seated level of commitment to consultation and cooperation.

The centerpiece of the administration’s foreign policy approach should be the expansion of the G7 to a new D10 – a steering committee of leading democracies to advance strategic coordination on key challenges. The D10 will bring in key Asia-Pacific partners, including Australia, South Korea, and possibly India.

Biden should seize on British Prime Minister Boris Johnson’s interest in the D10 as framework for cooperation as the UK takes on the G7 presidency next year.  Under the auspices of the a new D10, Biden should support a pandemic task force to lead a coordinated response to the coronavirus pandemic, including urgent allocation and distribution of a vaccine, while looking to strengthen preparedness for future pandemics.  In addition, Biden should use the D10 to forge a technology initiative to develop shared principles, common technical standards, and secure and resilient supply chains for advanced technologies, such as artificial intelligence, quantum computing, genetic engineering, 5G, and robotics.

The D10 can also provide a much-needed channel for rebuilding democratic commitments to global trade and an economic agenda that puts workers, not corporations, at the center and ensures strong labor protections, fair high-standards trade and investment rules that prioritize good job creation, green economy growth efforts, and responsible innovation.  In addition, the D10 can serve as a platform for launching a new climate initiative to mobilize multi-stakeholder cooperation, align policies and drive ambition to combat climate change, bolster resilience, and collectively advance green technologies.  Finally, the D10 can help align the free world around a coordinated set of strategies to address the challenges posed by Russia and China.

A Summit of Democracies and a New Atlantic Charter

Biden’s proposed Summit of Democracies can also provide a timely and influential platform to advance a foreign policy agenda framed around cooperation with democratic allies. Such a summit would bring together a larger group of democracies beyond D10, to include America’s democratic treaty allies in NATO and the Asia-Pacific, as well as true democracies across Latin America, Africa, and Asia.

The Summit of Democracies could serve as a venue for the adoption of a new Atlantic Charter – this time global in scope -- that sets forth fundamental democratic principles for world order. Biden should invite the leaders of democracies worldwide to proclaim a set of core principles to guide democratic societies in the 21st century, strengthen democratic practices at home, and galvanize collective action to defend against internal and external threats.

To succeed, the Biden administration will need to ensure that the summit serves not just as a symbolic platform to showcase democratic solidarity, but rather as a means for concrete action on key challenges, such as countering authoritarianism, combatting corruption, reducing polarization, and building popular support for democratic values at home. The Summit could set the stage for the formation of a broader coalition of democracies committed to collection action to advance a post-pandemic, post-Trump global order.

NATO and the Indo-Pacific

Even as it pioneers innovative new approaches to foster a sense of common purpose, the Biden administration should act to reinvigorate engagement with allies through existing entities, such as NATO and the Indo-Pacific Quad. Biden should revitalize America’s commitment to NATO by advancing a new strategic concept for the post-COVID era, including a more robust approach to counter Russian active measures, a heightened focus on extra-regional challenges, such as those posed by China and North Korea, and greater attention to non-traditional threats, such as those related to artificial intelligence, disinformation, and climate security.

At the same time, Biden should bolster the Indo-Pacific Quad to signal America’s commitment to foster security and cooperation with Asian allies and partners. Initiated by Japan in 2007, the Quad brings together Australia, Japan, India, and the United States, and has recently begun meeting at foreign minister levels for regular consultations on security challenges, including China. Biden should commit to organizing the first-ever Quad leaders’ summit early in his presidency.

Renewing America’s alliances will require more than a friendlier disposition and new multilateral entities. The US must adopt a more humble approach toward its allies and demonstrate a genuine willingness to solicit and incorporate their views, rather than engage in perfunctory (often post-decision) “consultations.” Biden’s national security policy-making process should take greater consideration of the views of allies. It might include an institutionalized mechanism through which D10 allies or an appropriate subset thereof are meaningfully consulted as part of US national security policymaking process. This is not to give allies a veto over US policy, but to create habit-forming muscle memory for consideration of allied perspectives and encourage joint decision-making.

To highlight this effort, Biden should designate a senior administration official, perhaps the Deputy or an Undersecretary of State, to coordinate cross-regional multilateral engagement with democratic allies, including through the D10, and integrate the various elements of this approach, which would otherwise be scattered across a range of government agencies and bureaus.