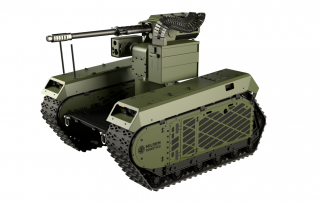 Key point: Armed robots are becoming the norm of future warfare. The question is how long humans will stay in the loop.