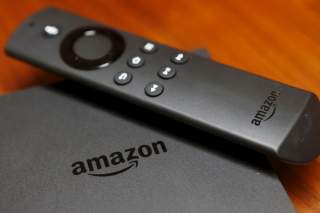 If you grew up watching Star Trek you routinely heard Captain Picard intoning “Computer,…” and either requesting a hot Earl Grey tea, making the twenty-fourth century equivalent of a Wikipedia query, or ordering the arming of photon torpedoes and engaging of the warp drive.

Since 2014, Amazon began selling Echo smart speakers using the Alexa Home Assistant cloud-based system which came around with pretty much the same promise.

Ok, not so much the warp drive and photon torpedoes. But verbally ordering a computer to answer questions and turn on the lights? Absolutely!

If you want, you can even address Alexa as “Computer!” just like Picard does to get its attention. (I don’t recommend that, though. “Computer” is a pretty common word.)

Still, having a cheerful, disembodied robot lady at your beck and call can strike some people as creepy. I wasn’t exactly an enthusiastic adopter when my wife acquired a system a year ago. But now that I’ve had it at home for a year it’s grown on me—despite the device’s limitations and privacy concerns.

If you’re considering whether you’d like Alexa and Echo or not, here’s the thing to be absolutely clear about: Alexa doesn’t allow you to do anything you couldn’t do before with your smartphone or computer. But it can remove much of the friction and minor hassle that may lead you not to bother doing some of those things at all.

That caveat established, I can imagine Alexa could be tremendously useful for people with disabilities such as impaired mobility or blindness. The simplicity of the voice interface may also make it a convenient aid for the elderly.

It Takes Some Setup

However, you’ll need to spend some time configuring Alexa through your smartphone or computer to connect services, and research and install free “skills” that enable additional functions.

For example, one of my favorite skills is “Start my day” which I habitually rasp prior to making my morning coffee. It plays a lineup of morning updates from my preferred news sources, notifies me about the weather so I can decide what to wear, and lists any events I have scheduled for that day.

Another skill chants out an exercise routine like a gym instructor in 1980’s workout video, though with less spandex.

Music, Podcasts, and Radio On Demand

By far the feature I’ve enjoyed the most is the ability to tune into a radio station anywhere in the country, play episodes from a podcast or play virtually any song or album that pops into my head on a whim via a music service of your choice. (We subscribed to Amazon’s Music Unlimited Service for $4 a month, though you can also link it to your existing Pandora, Spotify, or Apple Music account.)

Again, these are things I could instead do with a computer or smartphone. But if I’m in the middle of cooking or cleaning or entertaining guests, I don’t want to stop what I’m doing and spend a minute booting up a laptop, or rooting around for headphones and making sure they’re connected via a cord or Bluetooth, and then spend a half minute cueing up a particular track or podcast.

It’s freeing to simply be able to say “Alexa, play the new album by Janelle Monae”, or my favorite radio station from my hometown of Columbus, Ohio, or a snarky podcast and carry straight on with whatever I was doing. The result is that, with Alexa, I’ve been listening to way more music and commentary than I did before.

I also love using Alexa to set a voice-activate timer while cooking multiple items at once. It’s also great for setting up reminders for both routine tasks, like taking medicine at such-and-such an hour, or forgettable, one-time appointments such as a dentist’s appointment two weeks from now.

Again, it’s not like calendars and mechanical and digital timers didn’t exist before—but being able to set one with a brief verbal command sure is convenient.

Voice-Activated Lights: Not as Handy as You’d Think

While Amazon Echo costs around $100, you need to factor in the cost of acquiring Alexa-compatible appliances if those figure prominently in your plans. There’s a bewildering variety of them out there from alarm systems to garage door openers and heating/cooling systems. Our ambitions were more pedestrian, though—we got a few smart lights and a diffuser.

These days, you can purchase smart bulbs that will turn on individually without having to get an expensive hub device. You can even dial the brightness up and down and change color with a voice command.

But in practice, voice-activated lights haven’t been a big hit for us. To start with, if you’re entering a room, it’s usually a few seconds faster and a lot less disruptive to use the switch than issue a voice command. But if you flick the lights off using a switch, then they can’t turn back on with a voice command when you really want them to—say when you’re lying down on the couch or have your hands full of groceries.

This problem was admittedly worsened by the fact that we didn’t replace all of our lights with new bulbs, meaning some required use of the switch and others didn’t. Perhaps if we’d committed to a full voice-activated regime and taped over the switches or had the mental discipline to refrain from using them, then this wouldn’t be such a problem. But then you’re still stuck with the reality that half the time, flicking a light switch is faster and easier.

As for the voice-activated diffuser? We named it “Moisty”’ and it works great!

A few friends have confronted me about their privacy concerns regarding Alexa. These concerns are sensible: Alexa is constantly “listening” for a voice-activation command and could theoretically be used to record conversations in the house.

Furthermore, it definitely does record whatever it can hear when after you issue it a voice command (or Alexa thinks you did!) These recordings are supposedly collected to improve Alexa’s voice recognition algorithms, not targeted advertising purposes. Still, that data is not totally anonymous, though you can periodically manually erase Alexa’s recordings.

Usage data on Alexa-connected appliances is also surely being collected for analysis.

Legal authorities have also requested that Amazon hand over audio recordings from an Alexa device in several criminal investigations. That means Alexa recordings may continue to be obtained by authorities in the future when someone is deemed a person of interest.

Here’s why I’ve personally accepted the privacy compromises regarding Alexa: textual data from my web searches, email and social media is being collected, used and resold in a far more systematic and aggressive manner than the audio data collection associated with Alexa.

Should Amazon’s audio data collection utilization become more sweeping, then I may harbor greater concerns. But for now the hypothetical ways Alexa may be used for surveillance in a targeted manner don’t worry me nearly as much as the larger-scale collection and abuses of user privacy already routinely taking place.

The highly privacy-conscious will likely conclude differently from me—and that’s ok and entirely reasonable! Fortunately, unlike email or web search engine services, nobody really needs a home assistant given the multitude of time-tested mechanical and digital alternatives.

But sometimes there’s some pleasurable solace in being able to say amidst a storm of cooking and dirty dishes “Alexa, play Ride of the Valkyries—and set a ten-minute timer on those cookies in the oven.”