Amazon Prime Video vs. Netflix: Which Is Better? 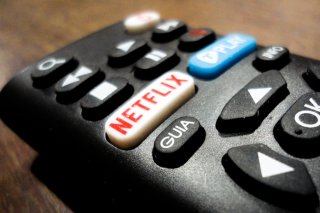 Although streaming platforms like Hulu, Disney Plus and Apple TV Plus have made noticeable headway in recent years, it really is still a two-person race between Netflix and Amazon Prime Video.

But if you had to choose one, which would it be? Very difficult question indeed, but let’s try to dig in a little further and see if we can come up with an answer.

As always, the price point will be important. Take Netflix, and the lowest-tier pricing comes in at $9 per month, but all of the content will be in SD. If you really want to take advantage of the fancy internals of your new OLED HDTV, it would be wise to upgrade to the HD plan, which is $13 per month. Further up the chain is the UHD plan, and that will set you back $16 a month.

For most folks, the HD plan will likely be enough, as the UHD option could be a bit of an overkill. For the UHD plan to make any sense, you would have to have a top-of-the-line OLED and a hiccup-free Wi-Fi network.

Just from price alone, Netflix seems to be a great bargain overall. Now, talking about price points with Amazon Prime Video is a little different, largely because you will be getting more than just the streaming experience.

Prime Video by itself is $9 a month, but if you literally pay about a dollar more, you can take advantage of the entire Amazon Prime suite, which includes free shipping, discounts on Amazon products, access to 2 million songs on Amazon Music and a host of free Kindle content.

How do you come up with only a dollar more? Well, if you choose to pay for the full year up front, Amazon Prime membership is $119. Divide that by 12 for the number of months, and you get $9.91 per month, about a dollar more than the aforementioned video-only option. This really is a no-brainer: If you need to get Amazon Prime Video, pay that extra 91 cents a month and enjoy the full package of goodies.

As for the content, this comes down to a question of quality vs. quantity. If you just need access to heaps and heaps on pure content, go with Amazon, as it boasts almost five times as many titles as Netflix.

However, if you’re looking for original content, such as Stranger Things, Black Mirror, Marriage Story and The Irishman, look no further than Netflix. And according to IMDb, this roster of original content is darn good as well, as Netflix is well represented on the venerable top 250 TV shows and movies list, which combines user ratings and popularity to determine the rankings.

So, what’s the verdict? It really is a coin flip, but based on pure value alone, it would have to be Amazon, as you do get so much with the Amazon Prime membership. But you will definitely be missing that awesome original content from Netflix. Or better yet, just spend that reasonable $25 a month and get both!