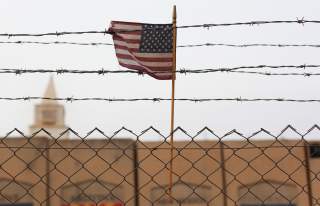 The United States ranks 15 in the Human Freedom Index 2019 released today by the Cato Institute, the Fraser Institute in Canada, and the Liberales Institut at the Friedrich Naumann Foundation for Freedom in Germany. The five freest jurisdictions are New Zealand, Switzerland, Hong Kong, Canada, and Australia.

The annual Index uses 76 indicators of personal, civil, and economic freedom in 162 countries for 2017, the most recent year for which sufficient, globally comparable data are available. The report finds that global freedom has declined slightly since 2008, with more countries (79) seeing a fall in their levels of freedom than seeing an improvement (61).

My coauthor Tanja Porcnik and I also find a strong relationship between economic and personal freedom, suggesting that if you want to live in a country that has high levels of personal freedom, you should choose a place with relatively high levels of economic freedom. Overall freedom is also correlated with significantly higher incomes per capita ($40,171 for the top quartile countries vs. $15,721 for the bottom quartile) and with democracy (see graph below).

The index allows you to examine regional and country trends. Compared to other free countries, for example, the United States has a low rating for the rule of law, which has experienced a slight deterioration in recent years. Those are worrisome developments given the fundamental role that the rule of law plays in upholding liberty. The effects of populism and especially authoritarian populism on freedom around the globe can be seen in the report. For example, Turkey under Recep Tayyip Erdogan’s increasingly autocratic leadership has seen a notable decline in liberty this decade (see graph). Among ten regions in the world, the largest drop in freedom since 2008 has occurred in the Middle East and North Africa, also the region with the least freedom.

Read more about how your country rates, about global freedom trends, and why it matters here.

This article by Ian Vásquez appeared at CATO on December 18.