Is America On the Decline And Ceding Its Position to China in Asia? 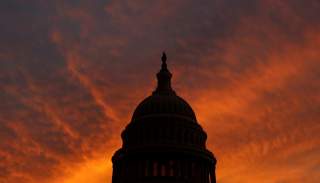 “American Sunset?” was the title of a panel I was recently asked to join at a prominent international conference. The organizers were interested in exploring the implications of America’s “decline,” and specifically its impact on the security order in the Indo-Pacific.

It’s a theme I’ve grown accustomed to hearing in recent years. There’s a powerful, stubborn perception percolating through the Indo-Pacific, and the world at large, that American power and influence is one the wane. For many, the story of 21st Century geopolitics is being written by the spectacular rise of one superpower, China, and the tragic fall of another, the United States.

It’s a compelling narrative but one almost completely divorced from reality. I say “almost” because there is some truth to the notion that America’s relative power is declining, at least vis-à-vis China; that perceptions of U.S. power and influence are shifting; and that the U.S. has ceded some of its leadership in select areas, such as international trade. However, the broader thesis of America’s terminal decline is not misleading, it’s dead wrong.

First, let’s recognize the elephant in the room. The rise of China is undeniable. In the year 2000, America’s economy was more than 800% larger than China’s. By 2019 U.S. Gross Domestic Product (GDP) was a mere 50% larger. In that twenty-year span China’s GDP grew from $1.2 trillion (smaller than France’s economy) to $14.1 trillion (more than seven times larger than France’s economy).

Second, it’s clear that regional perceptions of U.S. power and influence are shifting. In recent years, polls in the Indo-Pacific have revealed strong currents of sentiment that America’s best years are behind it, that China has become the most influential player in Southeast Asia, and that the balance of power is shifting toward Beijing. They also show regional approval ratings for the U.S. and its president has declined under the Trump administration.

However, they also show that China’s own approval ratings in the region are falling. In an October 2017 Pew poll, overwhelming majorities of all Indo-Pacific countries polled saw China’s growing military power as a “bad thing,” including 90% or more in Vietnam, Japan, and South Korea. Regional views of China appear to have taken a particularly sharp hit in the past year. A December 2019 Pew poll showed favorable views of China had fallen dramatically from 2018, down a surprising 17 points in Indonesia and Canada, and down 12 points in Australia, the U.S., and the Philippines.

In the same poll, regional publics were fairly divided on whether they saw the U.S. or China as a “key threat.” Remarkably, however, every country surveyed saw the US as a more dependable ally than China. In fact, in all but three, the U.S. was seen as their most dependable ally, including some surprises: Indonesia, Argentina, India, South Africa, Mexico, Kenya, Brazil, and Nigeria. It underscored an oft-overlooked reality: As much as they profess to distrust the U.S., many countries trust the alternatives else even less.

If the “American declinists” share one thing in common it is their affinity for platitudes. America is often described as “losing ground,” “ceding leadership,” “in retreat,” and “struggling to maintain its primacy.” Behind these hollow catchphrases, however, lies a shocking scarcity of data or compelling evidence. It’s more a “feeling” than a well-reasoned argument.

Arrayed against those feelings are some cold, hard ground realities. Consider first that while China’s rise is undeniable, it growing share of the global pie has come not at the expense of the U.S. but other developed economies. China’s share of global GDP surged from 1.7% in 1980 to 15.9% in 2018. Over the same period, Japan’s share of global GDP fell by 40%, from 9.7% to 5.8% of the global economy. The European Union’s share dropped by 36%, from 34.6% to roughly 22%.

America’s share of the global economy, by contrast, has remained virtually unchanged since 1980, when it accounted for 25.2% of global GDP. In 2018, nearly 40 years later, it accounted for 24.1% of the (substantially larger) world economy. Viewed another way, amid the greatest economic expansion in world history, the Chinese economy added roughly $12.9 trillion to its GDP between 2000 and 2019. In the same timeframe, despite considerably more modest growth rates, the U.S. economy grew by roughly $11.1 trillion.

What’s more, China’s GDP growth has been steadily declining since peaking at 14.2% in 2007. By 2012 it had fallen to 7.9%; by 2018 it reached 6.6%.  As the Chinese economy has lost speed, America’s has gained momentum, and is currently witnessing the longest expansion in its history since the recovery began in June 2009. In the late 2000s China’s economy was growing five to seven times faster than America’s. Now, thanks in part to surging U.S. GDP growth, which hit 3.1% in 2018, China is growing roughly twice as fast.

America is, and likely always will be, and Indo-Pacific power. Over 370,000 U.S. military personnel and contractors are present in the Indo-Pacific, alongside 2,000 aircraft and 200 naval ships and submarines. Separate it from the rest of the U.S. military, and the U.S. Pacific Fleet alone is still the largest navy in the world. U.S. Pacific Air Forces, meanwhile, would constitute the second largest air force in the world.

The U.S. has five states bordering the Pacific and five treaty allies in the region, complemented by a dozen key security partners and countless military bases and access arrangements. At $1.3 trillion, America’s foreign direct investment in the Indo-Pacific exceeds China, Japan, and South Koreas combined, while U.S. trade with the region stands at $2.3 trillion annually.

Most important, America’s strategic and military footprint in the region is growing, not shrinking. Since the “Asia Pivot” was announced in 2011, the U.S. has increased troop levels in the region by over 20,000, moving some of its most advanced new naval platforms to Japan and adding new littoral combat ships to regular rotations through Singapore. America renewed its defense guidelines with Japan and a defense pact with the Philippines that grants it access to a half dozen military bases. The U.S. also reaffirmed its commitment to defend its allies in disputed areas of the East China Sea and South China Sea. And it is hardening and refurbishing its own military bases in the South Pacific.

A new U.S. Maritime Security Initiative is distributing security aid to select partners in South and Southeast Asia. A strengthened U.S. Freedom of Navigation Operations program is challenging illegal Chinese territorial claims in the South China Sea. Recently, the U.S. held its first military exercise with ASEAN and its first joint sail through the South China Sea with Japan, India, and the Philippines. In 2017, the U.S. successfully revived the “Quad” with key security partners Australia, Japan, and India, a group whose combined GDP exceeds $30 trillion. The four capitals recently upgraded the meeting to the level of minister/secretary while holding their first quadrilateral counterterrorism exercise.

Meanwhile, the Trump administration has promoted a new vision for a rules-based order under the moniker of a Free and Open Indo-Pacific. And Congress has thrown its support behind a vigorous U.S. Indo-Pacific policy through the Asia Reassurance Initiative Act of 2018 (ARIA). At the same time, the U.S. government has unveiled a handful of new initiatives to promote transparent, responsible infrastructure in the region amid rising criticism of China’s Belt and Road Initiative. These include the BUILD Act, the new International Development Finance Corporation (DFC), the Blue Dot Network, and the Asia Edge program and Indo-Pacific Transparency Initiative.

Finally, in what is perhaps the greatest success story of U.S. foreign policy in a generation, the U.S. has been successfully courting the 21st Century’s great geopolitical swing vote, India. In the past 15 years, America has fundamentally transformed and upgraded its relationship with Asia’s other rising demographic giant. From negligible defense trade prior to 2008, India and the U.S. will likely hit $20 billion in cumulative defense sales this year. In recent years the two countries have inked several “foundational” military agreements that would have been unthinkable at the turn of the century. They’ve upgraded their annual Malabar naval exercise to include Japan and last year India and the U.S. held their first-ever “tri-service” military exercise.

America has designated India a Major Defense Partner, eased restrictions on arms exports, and become the first country with which India launched a “2+2” foreign and defense minister dialogue. The two are sharing intelligence on Chinese military movements and “white shipping” in the Indian Ocean. They’re collaborating to defuse regional crises in Sri Lanka and the Maldives, signing joint vision statements for the Indo-Pacific, and refueling each other’s ships at sea. And in recent years, India and the U.S. have established a variety of new cooperative mechanisms, including a Maritime Security Dialogue, Space Dialogue, Homeland Security Dialogue, Cyber Security Dialogue, Joint Working Group on Counterterrorism, and Inter-Agency Task Force to foster defense trade.