America Has An Inequality Problem, But It's Not As Bad As You Think 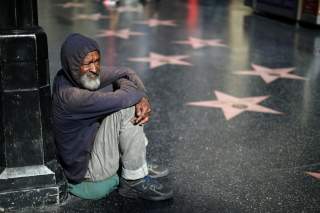 A long piece in The Economist about inequality research (“Economists are rethinking the numbers on inequality”) ends with this question: “Will this flurry of new research change people’s minds about inequality?” Well, maybe some change among some academics, probably not much among most activists or politicians. As for the latter, too much of the current political environment seems driven by the idea that massive inequality signals “late capitalism” and the end of the American Dream as we know it. Mostly on the left, but also on the populist right.

But even if minds are hard to change, perhaps strong evidence can at least make certain beliefs less strongly held. Has income inequality surged to record levels? As the below chart shows, adjusting for taxes and transfers  finds the income share of America’s top 1 percent “has barely changed since the 1960s,” The Economist points out. From the piece:

But it’s not just income inequality where commonly accepted beliefs should perhaps be held less strongly. There’s more debate about issues such as wage stagnation, the income-productivity link, and wealth inequality than even many well-read Americans might think. Again, is wealth inequality exploding or is it stable? Another great chart from the piece:

Even if the above charts don’t change many minds, perhaps they should at least suggest a more cautious approach for those proposing radical anti-inequality plans with possibly big impacts to economic growth.