America Might Not Have the Best Version of the F-35 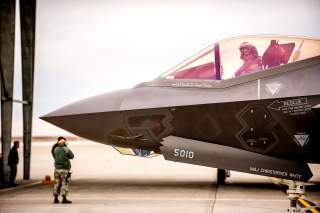 There already exist methods for detecting stealth fighters, including long-range infrared sensors, electromagnetic sensors, and low bandwidth radars (though all have significant limitations), and more exotic technologies such as quantum radar are also under development.