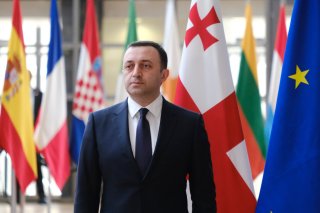 Much to the chagrin of traditional Georgia watchers in the West, an undeniable return of great power competition has compelled the current political leadership in Tbilisi to pursue a more pragmatic foreign policy. However, this has not spared the current ruling party, Georgian Dream (GD), from Western criticism. Tbilisi stands being accused of deviating from Georgia’s traditional pro-Western course.

This criticism is astonishing, mainly because recent excoriations of the ruling GD government inaccurately reflect the collective spirit of Georgian society. Georgia’s storied history is embedded in its pro-Western strategic culture. Even the ultranationalist but democratically elected first president, Zviad Gamsakurdia, attempted to use his “strategic idealism” with Washington, but to no avail. Georgia, in other words, has been offering itself to the collective West on a silver platter throughout its early and modern history without any takers. Still, Tbilisi is openly being accused, for all the wrong reasons, of deviating from its traditional Western-oriented foreign policy.

So, what is lurking behind this tactical change in Tbilisi? The gist of it seems to center around the fact that Georgian society has started to awaken from Tbilisi’s strategic slumber from the previous decades. And while the country remains overwhelmingly pro-Western, the overall anti-Russian hysteria that defined the presidency of the now-jailed Mikhail Saakashvili—the boisterous golden boy of the Bush administration—has subsided. In turn, Washington’s foreign policy community has expressed explicit irritation with Tbilisi for being out of tune with Washington’s drumbeat, which in the past has kept Georgia firmly in line with the high pitch of Moscow-bashing.

Consider the accusations from former U.S. ambassador to Georgia, Ian Kelly. The ambassador blames Tbilisi for straying from the West and not showing enough solidarity with Ukraine. Such commentary is suggestive of political spin, if not of an intentional omission of facts. Kelly’s meaning following his peculiar statement that “…this is a very bad time for all this when there is a real discussion about NATO enlargement,” is also unclear. It is precisely because of the unfettered promotion of Georgia for NATO membership that Russia felt threatened and invaded it in 2008. Were it not for Saakashvili’s recklessness, Georgia could have kept Moscow not only from invading it, but also from recognizing the two regions of Abkhazia and Tskhinvali as independent states—something that Eduard Shevardnadze had achieved by balancing with Moscow. In other words, Georgia’s strategic stance went from bad to worse in a matter of five days. And yet, judging from these comments, this existential threat to Georgia seems to matter little to the ambassador, as long as the NATO expansionism talk continues unfazed.

In yet another instance, Luke Coffey suggested that Georgia should be pushed into NATO, but without the Article V guarantees for the two separatist regions. But again, such fantastical innovations augment the existential threat Georgia faces from Russia. The reason Moscow supports separatist movements in these regions is to ensure that not a sliver of Georgian territory joins NATO. Therefore, it is far from clear how Russia will ever accept what would amount to a separate peace with Abkhazia and Tskhinvali while the rest of Georgia receives Article V protection. Even the most ardent proponents of liberal internationalism must suspect that such a policy would further weaken Georgia’s sovereignty by once again enraging Moscow.

Needless to say, the gradual accumulation of such views created a toxic political climate. Most recently, pushback came from Georgia Dream, the party of Georgia’s own prime minister. It claimed that “certain forces” in Ukraine close to the United National Movement (UNM) were engaged in machinations to push Georgia into opening the second front against Russia. Even U.S. ambassador to Georgia Kelly Degnan had to explicitly deny such rumors to calm political waters. Degnan also had to face her own audience in Washington, when members of U.S. Congress became interested. However, the damage had already been done; four former members of the current government wrote an open letter claiming that the European Union (EU) would not grant Georgia its candidate status if it “does not join the war or join the sanctions against Russia.”

And of course, the current context of political petulance would not be complete without the ominous shadow of the UNM that continues to loom large in Georgian politics. The criminality of Saakashvili’s regime has deeply stigmatized the population and made it wary of UNM’s return. So far, a good indication of this shift in public perspective is that Saakashvili’s arrest has not generated the level of support among his electorate that he had hoped. Bereft of political and moral legitimacy, it is unlikely that he will return to politics in Georgia any time soon.

To be sure, GD has been far from innocent in this political quagmire. Having skillfully used this uncertainty, it has dangled the prospect of UNM’s return as the resumption of state terror. Having won an unprecedented third term, GD has managed to keep the population at bay even with its consistent failure to improve the economy and its blatant withdrawal from EU-brokered agreements. Ironically, this failure has not prevented it from exploiting the existing public perception that the UNM is being egged on against GD by Georgia’s Western partners.

In order to diffuse tensions, the West must take the high road and de-escalate the political climate in Tbilisi. The current political duel is shabby theatrics and only deepens polarization. The West exerts much more influence over Tbilisi, but political officials in Washington must understand how to properly take advantage of it. One aspect of the relationship they must leverage is Georgia’s long-held tradition of using personal relations as a way to engage in robust diplomacy behind the scenes. Further, Washington must forego its infatuation with Saakashvili, recognize harsh realities on the ground, and treat the GD as an equal player.

Lastly and most importantly, geopolitics is part and parcel of the region. Western officials must consider this vital fact, prior to equating Tbilisi’s pragmatism with an anti-Western shift. Georgia has bandwagoned before with its northern neighbor. This geopolitical consideration should not come as a surprise to Washington, given that it cannot guarantee Georgia’s security in either the short- or long-term. Georgians have started to pay closer attention to this dynamic, if only because the historic visit of the American president to their country frustrated their hopes for NATO membership.

Ironically, the United States and Georgia are tied together. Even though Georgia does not represent a “vital” security interest for the United States, Washington has made enormous political, financial, and military investments to strengthen Georgia’s legitimacy and sovereignty. If Washington wants to strengthen this tie with Georgia, American policymakers must show strategic flexibility by reducing pressure on the leadership in Tbilisi. No great decisions can be made while Georgian policymakers are constantly squeezed between a rock and a hard place.

Giorgi Lasha Kasradze is an academic liaison and strategic business development officer at Sokhumi State University and a graduate of the Fletcher School of Law and Diplomacy at Tufts University.