America Would Need More Than 100,000 Troops to Invade Venezuela 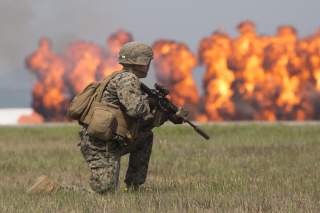 Navy admiral Craig Faller, SOUTHCOM commander, on May 2, 2019 told a Congressional committee the most likely scenario is a military-led mission to help U.S. citizens evacuate Venezuela. Around 200 U.S. troops are in Colombia and immediately could assist with an evacuation.