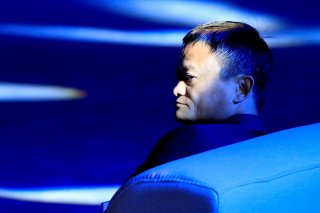 As the Chinese Communist Party (CCP) cracks down on private Chinese technology companies, American regulators should take note but avoid a similarly punitive stance toward innovative technology companies in the United States. Instead, they should adopt a well-balanced regulatory approach that prioritizes technological innovation and U.S. global economic competitiveness.

Despite China’s authoritarian political system, Chinese regulators have long pursued a fairly laissez-faire approach toward technology companies. This environment created the conditions in which innovative Chinese companies have thrived. Many of those companies—like the online marketplace Alibaba and the ride-sharing app Didi—now compete with U.S. companies in international markets. Today, seven out of the nineteen leading internet companies by market capitalization are Chinese-owned. Apart from the United States, no other nation features on this list.

However, the Chinese government’s recent crackdown on companies such as Didi signals a dramatic shift away from its traditionally laissez-faire approach. Faced with the growing power of technology companies and popular discontent over rising inequality, the CCP launched a new crackdown on the Chinese tech sector. After Jack Ma, Alibaba’s founder and the chairman of the Ant Group, criticized China’s financial regulatory system, the Chinese Securities Commission blocked Ant’s IPO and slapped a record $2.8 billion fine for alleged antitrust violations. Jack Ma has since then disappeared from public life.

And last week, the Chinese government passed the Personal Information Protection Law, one of the world’s most restrictive data privacy laws. While the legislation restricts the ability of Chinese tech companies to collect user data without consent, it substantially expands Beijing’s control over such data.

These changes underlie Beijing’s changing priorities toward technology policy. Whereas the Chinese government previously prioritized economic growth and innovation above other goals, it now seeks to rein in tech companies and establish state control of tech companies.

But the most significant implications of this confrontational approach might be yet to come. If China continues to attack companies that have been at the forefront of its economic transformation, it could hinder Chinese innovation and constrain the country’s long-term technological competitiveness.

Given the fundamental differences in China’s and America’s political and economic systems, policymakers should be cautious about drawing comparisons. Yet, for all their differences, both countries appear to have adopted a newly hostile attitude toward large tech firms. While American regulators lack their Chinese counterparts’ retributive enforcement actions, the Biden administration is increasingly seeking to rein in tech companies.

That is not to say that America’s tech industry does not have serious problems that need to be addressed. As in China, the U.S. tech sector also suffers from challenges—from inadequate preparedness against cyberattacks to increasingly frequent data breaches—that policymakers may ultimately need to address. But in addressing these challenges, American regulators must not kill the golden goose.

As with Myspace and AOL, current leading tech companies like Facebook and Google could well be replaced by a newer generation of tech innovators. As the world gradually moves toward the next generation of technology and new world-class companies, the U.S. should seek to retain its competitive edge in future technology by creating a favorable regulatory environment instead of prioritizing broader social goals.

Ryan Nabil is a research fellow at the Competitive Enterprise Institute in Washington and Fox International Fellow at the Institut d’Études Politiques (Sciences Po) in Paris.