Is the American Male Disappearing from Universities and the Workplace? 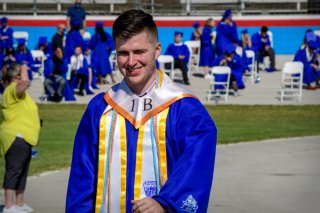 Over the month of September, The Wall Street Journal published journalistic and editorial articles, and a letter to the editor, on the topic of the “disappearing male on America’s campuses.” The initial article offers sobering statistics: “At the close of the 2020-21 academic year, women made up 59.5% of college students, an all-time high, and men 40.5%, according to enrollment data from the National Student Clearinghouse, a nonprofit research group.” Yet this trend has been apparent for several years, as U.S. higher education institutions have witnessed a decline of 1.5 million students over the preceding five years—with men accounting for 71 percent of this decline. If this U.S. higher education enrollment trend continues, within a few years two women will earn a college degree for every man.

In a follow-up op-ed, Dr. Richard Vetter, an economist at Ohio University, and Braden Colgrove, an undergraduate economics major at Ohio University, identify four reasons why the growing enrollment disparity exists on American college campuses. First, the initial surge in female enrollment was due to a rapid rise in female labor force participation—with a successful career further enhanced by a college education. Second, labor market shifts have worked to favor women’s interests and strengths, specifically in the fields of healthcare and education, where labor market demand has dramatically increased in these service-oriented industries. Third, women have outperformed men academically (a grade point average of about 3.1 for women versus 2.9 for men), with men more likely to have disciplinary problems in college. Fourth, there are about 1.24 million more men who are criminally incarcerated than women, largely preventing them from attending traditional college. Likewise, government entitlements have reduced traditional family formation, reduced incentives for men to excel in school and on the job, and resulted in increased crime. A fifth reason was offered by a Pennsylvania physician, Dr. Daniel Ziedner, who noted that three times as many boys are diagnosed with ADHD versus girls. Drug treatments have robbed these young boys of their spontaneity and initiative, and stigmatization has resulted in low self-esteem and internalizing low expectations.

Is this academic outcome shocking? Only to those who have been ignoring these trends. In 2000, philosopher and American Enterprise Institute scholar Christina Hoff Sommers published her prescient book The War Against Boys: How Misguided Policies are Harming Our Young Men. As Sommers argues in her 2013 revision, women today outperform men in nearly every measure of social, academic, and vocational well-being, while the problem with male underachievement is persistent and worsening. As she writes in her preface: “The recent advances of girls and young women in school, sports, and vocational opportunities are cause for deep satisfaction. They should not, however, blind us to the large and growing cohort of poorly educated young men in our midst, boys who are going to be lost in our knowledge-based economy [emphasis added].” Primary schools, argues Sommers, have been turned into hostile environments for boys, becoming more feelings-centered, risk-averse, competition-free, and sedentary, and they have moved further and further from the characteristic needs of boys. Thus, it should not be surprising that a boy’s experience in a non-supportive and often hostile primary school environment does not incentivize their desire—and motivation—for further higher education.

What of the demand for skilled workers to drive the American economy? Nicholas Eberstadt, the Henry Wendt Chair in Political Economy at the American Enterprise Institute, has identified a serious, growing issue with American prime-age men who are “not in labor force” (NILF) in their peak employment years, and who are neither working nor looking for work. Says Eberstadt:

Just before the pandemic hit, almost 7 million civilian, non-institutionalized men [emphasis added] between the ages of 25 and 54 were out of the workforce altogether. For over half a century, the growth in America’s population of prime-age NILF men has been astonishingly steady and regular, rising by roughly 10,000 each month from 1965 to 2019. … For now, it will suffice to observe that these many millions of men already draw on resources sufficient to afford a work-free existence [emphasis added].

What are these men doing with their “work free existence?” Reportedly not repurposing their activities into housework, cooking, and other tasks of home maintenance. Moreover, they are contributing significantly less time to such home chores than unemployed men and women who are employed. What are on NILF men’s daily schedule? According to the U.S. Bureau of Labor Statistics’ American Time Use Survey, what is categorized as “socializing, relaxing, and leisure” activities.

The plummeting male enrollment in our universities is a symptom of deeper underlying factors conveniently ignored by American society for decades. Yet, until there is a societal recognition of this broader gender problem—including issues ranging from instantiating parental responsibility, to lack of incentives to engage in the workforce, to recognizing the value of higher education—attempts to systematically resolve the issues are doomed to failure. A solid place to begin, however, is with men taking the lead and actively coordinating and embracing this challenge of moving boys and men back into the mainstream of American society. It is not hyperbolic to warn that the nation’s future social stability and economic competitiveness are at risk if the present trends continue unabated.

Thomas A. Hemphill is David M. French Distinguished professor of strategy, innovation and public policy, in the School of Management at the University of Michigan-Flint.